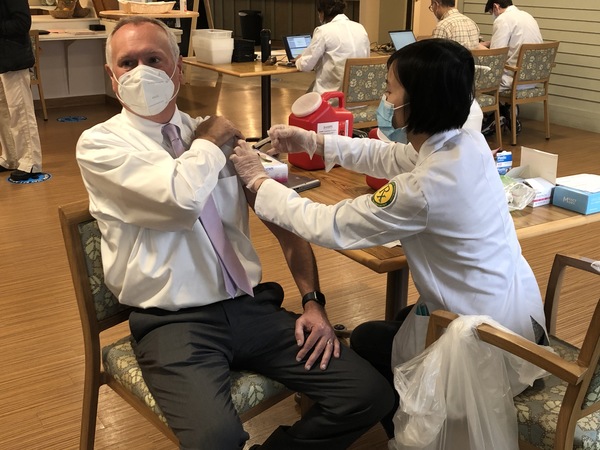 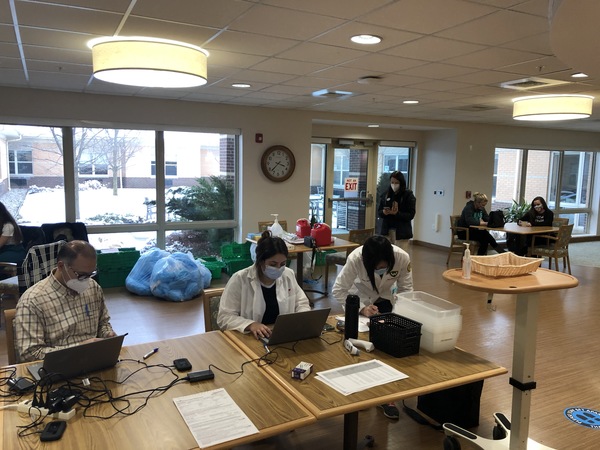 
The first round of vaccines has been administered to willing recipients at a local rehabilitation care facility in Genoa Township.

Wellbridge-Brighton Chief Executive Michael Perry said that roughly 50% of staff and residents took part in their first of three vaccine clinics, Monday. He anticipates that by the end of the second clinic, they will hit a 70% vaccination rate. Wellbridge has partnered with the Centers for Medicare and Medicaid, who are working with CVS and Walgreen’s pharmacies to distribute vaccinations. CVS was at the Brighton location with 200 doses of Moderna vaccine.

Perry received his first dose, and shared shortly after what the experience was like, saying, “It was a lot easier than I thought it was going to be.” There was some paperwork to fill out- the shot took about the blink of an eye to take, and then a recommended 15 minute waiting period following before being dismissed. Perry was given a vaccination card with shot information and a second date to get his final dose.

Perry said that their facilities are on the frontline of pandemic and their residents and staff are priority 1 for the vaccine.

Michelle Perry, of the Wellbridge-Brighton group, said they actually had more residents accepting of the vaccination than what they anticipated. She said the employee response was “fantastic,” and a higher number than what many other similar facilities are seeing.

With 2 more clinics scheduled, Michael Perry said they are working hard to get more of their own on board. For those that are apprehensive about the vaccine, Perry said that studies have shown that it is safe and effective, and doctors believe the same. He added, that from a societal standpoint, if we want to get back to normal this a part of the gateway for doing so.

Perry said when people see the results from those that have received the shot and are fine, he believes the numbers of those willing to be vaccinated will rise. Perry encourages everyone to get their vaccines when it becomes available to them.

CVS officials at the event confirmed that while health care providers may be billed for administrative costs, no one will be charged for the vaccine or turned away, including those without health insurance.