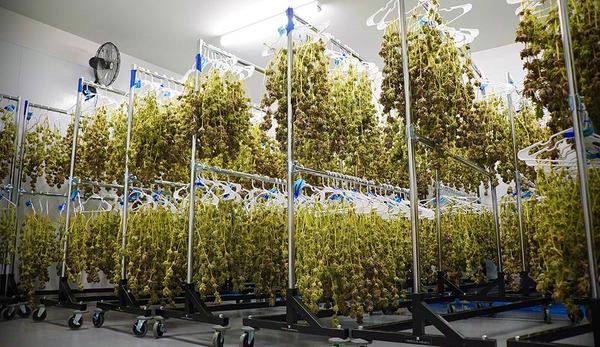 C3 Industries, a premium cannabis producer and retailer headquartered in Ann Arbor, has completed construction of a new indoor cannabis cultivation and manufacturing facility in Webberville, just outside Livingston County in Ingham County.

The facility began operating in November and is expected to reach full production capacity in the first quarter of this year. The 36,000-square-foot facility, located on Tech Drive in Webberville, will produce a high volume of cannabis products for the medical and recreational markets under the brand name “Cloud Cover Cannabis”. The company began operating a similar cultivation and manufacturing center in Portland, Oregon in 2018, the plant in Webberville is its second facility.

The Webberville operation was designed by C3 executives and the company's cannabis design and engineering team. The building includes indoor cultivation, hydrocarbon extraction, short-path distillation and a large commercial kitchen, along with packaging and distribution. The facility will utilize the latest in environmental controls, mechanical systems and irrigation technology. It will house about 7,000 plants at any given time, with more than 100 varieties in circulation. C3's product brand, Cloud Cover Cannabis, will supply product to C3's High Profile locations as well as third-party retailers throughout the state. Currently, C3 operates a retail store in Detroit, and centers in Ann Arbor, Grand Rapids and Grant are slated to open in the near future.

C3 plans to open at least 10 additional dispensaries in Michigan within the next 12-18 months, with each offering 200-300 curated products including flower, edibles, concentrates, topicals and tinctures. The company will invest more than $20 million in Michigan's cannabis industry and expects to employ nearly 300 people once the Webberville facility and the retail network are fully operational. (TT)