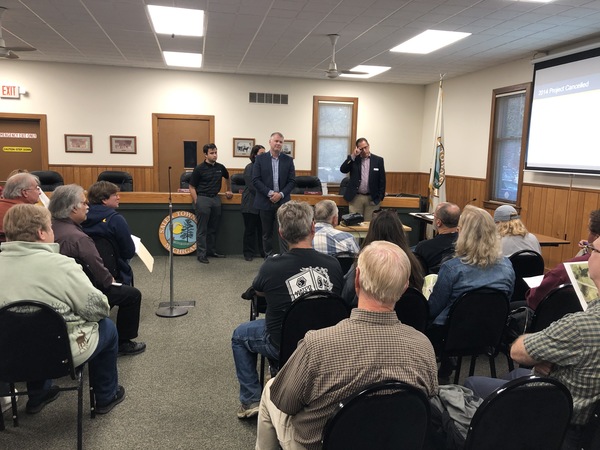 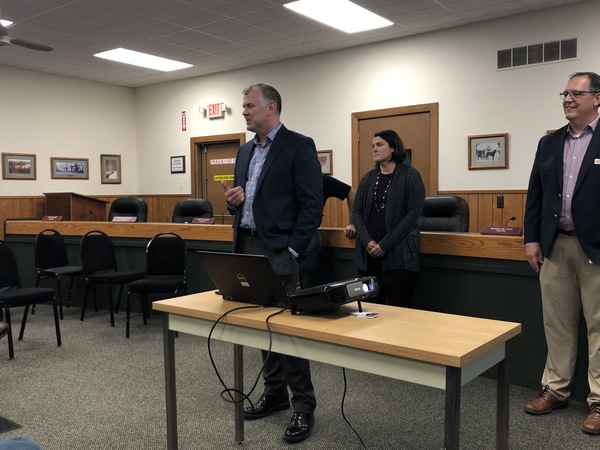 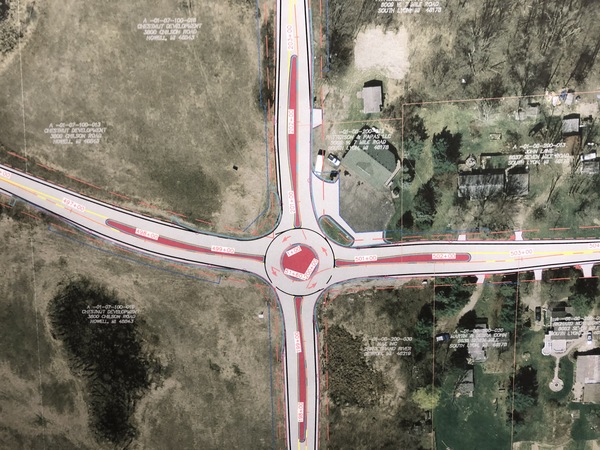 Engineers from the Washtenaw County Road Commission held a public meeting for Salem Township residents as they prepare to install a roundabout at a congested intersection.

Traffic at Pontiac Trail and 7 Mile Road in Salem Township at peak hours has long been a thorn in many drivers’ sides. Plans to improve the intersection in 2014 fell through when right-of-way needs exceeded the budget, requiring federal funds being returned. Wednesday night, the Road Commission held an informational meeting at a packed Salem Township Hall for a new plan, which calls for the installation of a roundabout.

Project Manager Mark McColluch said they feel this is the best solution for creating smoother traffic flow, as roundabouts provide the most benefit for users compared to traffic signs or lights, noting how they improve mobility and air quality as cars aren’t idling. McCulloch also told residents that he believes roundabouts are safer as the accidents that do occur in them are less dangerous because of the geometry of the cars moving in circles as opposed to moving perpendicularly. He noted the irony in how they don’t make the driver feel safer, but that that feeling causes them to use more caution and not just drive on auto-pilot.

Residents had a chance to ask questions and were concerned about light pollution from new light posts and headlights at night. Homeowners on nearby Dixboro Road, which is a dirt road, requested more grading and an added police presence to enforce speed limits, as they are on the proposed detour route. The project is expected to cost $800,000 paid for by a 70-30 split between federal aid and local funds. Officials hope to begin utility relocation by next spring, with construction beginning after school ends in June. The intersection will be closed at that time, with local access to homes and the party store on the corner. McColluch said they hope to have it finished and open by Labor Day.