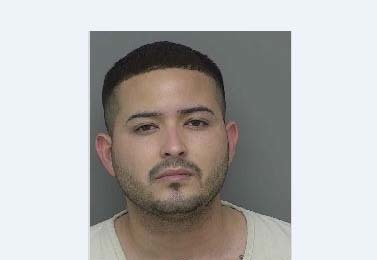 
A Wayne County man has been sentenced on charges of sexually assaulting a teenage girl in Genoa Township.

25-year-old Luis Santana of Lincoln Park was indicted in August of 2019 on more than half a dozen counts, including third and fourth-degree criminal sexual conduct and child sexually abusive activity. But authorities say he remained at large while traveling between Puerto Rico and Miami, Florida. He was finally arrested in December of 2019 when he returned to Michigan for a visit.

Last month, he entered a guilty plea to the charges in exchange for prosecutors recommending a one-year jail cap and five years of probation. In court today, Judge Michael Hatty sentenced Santana to 389 days of time already served in the Livingston County Jail, with the remainder of his three-year sentence to be on probation. The victim’s mother spoke prior to sentencing, saying her daughter will be haunted forever by what happened and had already attempted suicide twice, but she hoped he had matured in his time behind bars and would use his second chance wisely.

According to previous testimony by Livingston County Sheriff’s Detective Curt Novara, Santana approached the girl at the Twelve Oaks Mall in Novi in April of 2019 where he worked as a perfume salesman. He reportedly handed her a perfume sample with his phone number on it. He and the girl then began texting each other at which point he sent several sexually explicit photos.

Later that month, Detective Novara said Santana picked the girl up from her home and drove to the Lowe's Home Improvement store in Genoa Township, where the pair had sex several times.