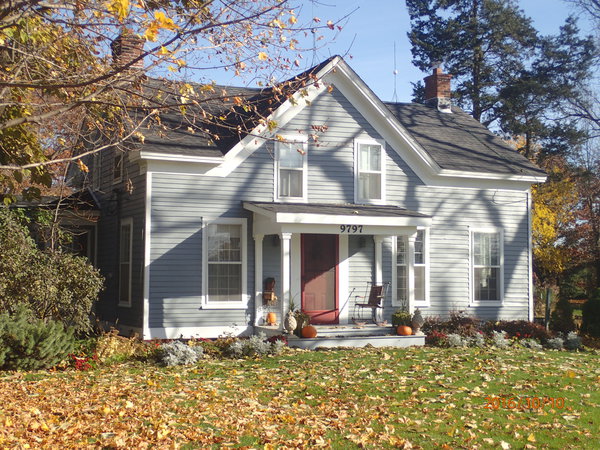 One of the oldest houses in Green Oak Township has been established as a historic district.

The Board of Trustees voted Wednesday to approve the district for property associated with the address for the Warden House. The home, located on Rushton Road, was owned by one of the first settlers in the area, Robert Warden. Warden came from Greenock, Scotland in 1833 and named the township in recognition of his hometown. He is said to have had a significant impact on the area, being very active politically and holding a number of offices.

The effort to establish a historic district for the Warden House was led by the township’s Historic District Study Committee. The designation maintains the integrity of the home through a number of protections, including any changes to the façade without the committee’s approval.

Committee Member Ruth Munzel says the designation preserves the township's agricultural beginnings. She feels the home displays its humble history and can teach children about the area's growth.

The Warden House has been restored and is very close to its original standing, according to committee member Diane Wynings. Wynings is married into the Warden family as Robert and Caroline Warden were her husband’s great, great grandparents. She lives on 10 acres of the original property and has shared the history with her grandchildren by having them work in the garden with her, noting they are the 7th generation to “get their hands dirty”.

Wynings hopes the historic district status will spur interest among community members and encourage them to visit a piece of the past. (DK)