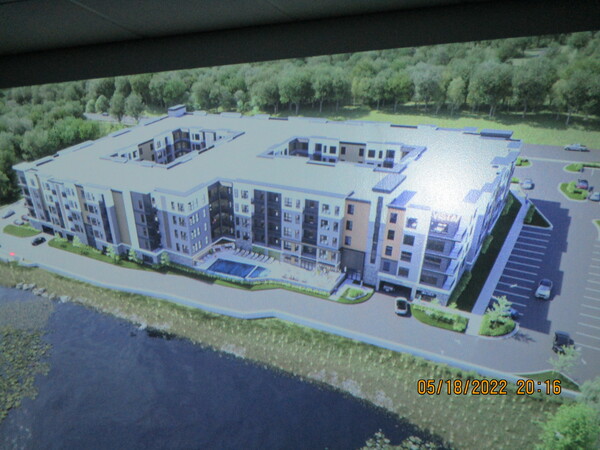 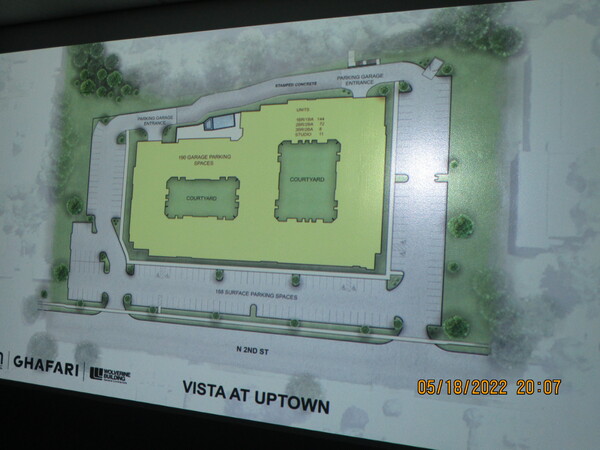 The footprint of the Vista at Uptown luxury housing project near downtown Brighton just got appreciably smaller, while at the same time the number of units has been significantly increased. The development is to be located between N. Second St. and the Mill Pond. The project developers are the DTN Development Group of Lansing

The Brighton City Council last night approved the modified site plan for the revamped development on a 5-1 vote, with Councilmember Renee Pettengill being the lone no vote.

Vista at Uptown is a development proposal that has been on the books since 2018 but was set back by at least two years when the COVID pandemic hit. John Woods, representing DTN Brighton LLC of Lansing, told council that despite COVID the company has remained committed to the project and believes in the future of Brighton. He said, in his words, “The economics changed with COVID and costs went way up, but we’re still committed to the project."

The developers originally had proposed 199 apartment units on four floors with a 110,000-square-foor footprint and a parking structure. That later went up to 205 apartment units. The newest revised plans call for 235 housing units, but on a smaller footprint of about 80,000 square feet. Woods says they will able to accomplish that by placing the parking structure below ground level. That will make for 190 parking spaces underground and 180 surface level spaces. A couple of other changes will be having two rooftop courtyards instead of one and relocating the pool.

After his presentation, Woods told WHMI that the estimated project costs have skyrocketed due to COVID and inflation from the original $40 million to roughly $60 million. The upscale development — with 1-3 bedroom apartments costing $1,300 and up — those figures are preliminary, according to the developer — will feature a patio, pool, outdoor kitchen and grill, fitness centers, conference rooms, fire pits, club rooms and bocci ball courts. The luxury apartment units will range from 500-foot studio apartments to 1,300-square-foot, 3-bedroom units. Woods says the company intends to start work on the foundations this fall, and hopes to have the project completed in the spring of 2024.