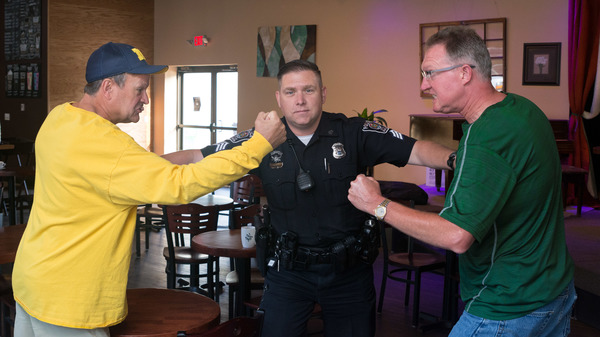 A local dental center that helps the uninsured is thanking the community for a successful college football themed-fundraiser.

The VINA Community Dental Center of Livingston County is a non-profit outreach facility dedicated to providing affordable dental care to local residents on limited finances. Each year they hold their largest fundraiser, The Tailgate, on the Thursday before Michigan and Michigan State square off on the gridiron. And while the Wolverines won of the football field this year, Spartan fans proved themselves to be more generous than their counterparts at the fundraiser. More than $50,000 was raised collectively, with the deciding $10,000 of neutral school- money won for the Spartans through the Tailgate’s first ever Cornhole Competition. MSU Captain Mike Murphy defeated U-of-M captain Buddy Moorehouse to claim the money donated by fans and alumni of other colleges and universities. This victory for the Green and White broke a 5-5 tie between the fan bases over the fundraiser’s first 10 years.

VINA is thanking the sponsors, businesses, individuals, and more than 225 people who attended for making the event a success. For those interested, next year’s big game will take place earlier in the season than this this year’s. The 2020 Tailgate is scheduled for October 8th.(MK)