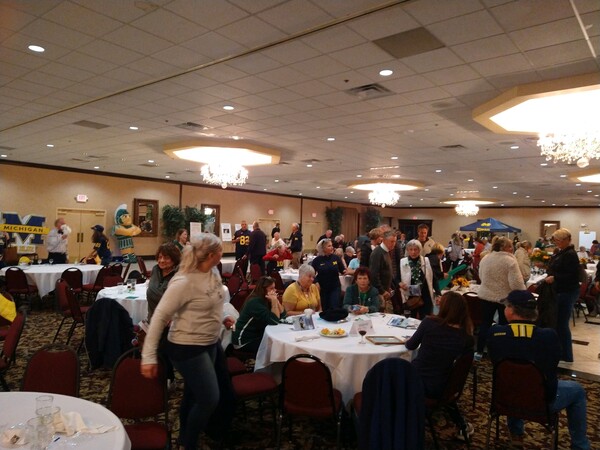 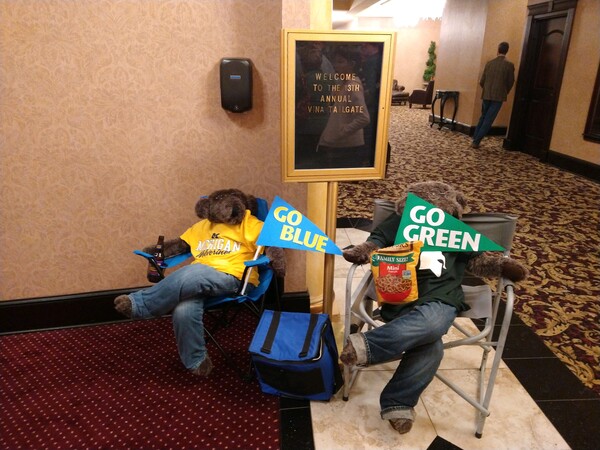 
U of M fans prevailed over Michigan State during an annual tailgate fundraiser for VINA Community Dental Center of Livingston County.

Wednesday night at Crystal Gardens Banquet Center in Genoa Township marked the 13th year of VINA’s signature fundraising event where Michigan and Michigan State fans compete to see who can raise the most money for VINA - a non-profit outreach facility that provides affordable dental care and education to more than 1,500 patients in the county with limited finances.

In the twelve years since the Tailgate began, the Spartans have won seven while the Wolverines have won five.

VINA Executive Director Jim Gilmore commented that Livingston County is the perfect setting for it because the county is split about 50/50 being halfway between both schools. He told WHMI the people of Livingston County responded once again and always step up to help those who need it – calling the event a great win for the county and for VINA.

Gilmore said they held a virtual event last year and only raised about half of what they previously raised, which hurt. He said that’s key because it’s a big part of their budget and their signature event. Regardless of the outcome of the teams, he said VINA and the patients who really need dental care and can’t afford it are the real winners – everything else they just do for fun.

Gilmore added that having both teams being undefeated only added to the excitement. He said all night it looked like Michigan State was going to win the tailgate again – which has won the last three years – but in the end, there was less than $1,100 separating the two on the amount of money raised.

210 people attended the event, which Gilmore said was a high watermark since 2014 and noted about one-third of the crowd was new to the tailgate. He said they’re still tallying final numbers but expect to exceed two years ago by at least $10,000 – estimating raising somewhere close to $75,000.

Gilmore said even though they had more Michigan fans at the event, Michigan State had won several smaller competitions earlier in the evening with the most sponsorships coming in and most 50/50 tickets sold so they thought it might be another MSU win but Michigan fans ultimately came through on the auction items.

The winning team’s flag flies in a window at VINA all year until the next tailgate and fans not only get bragging rights but a sense of pride in helping those in need in the community.