K9 Veterans To Be Honored At Michigan War Dog Memorial 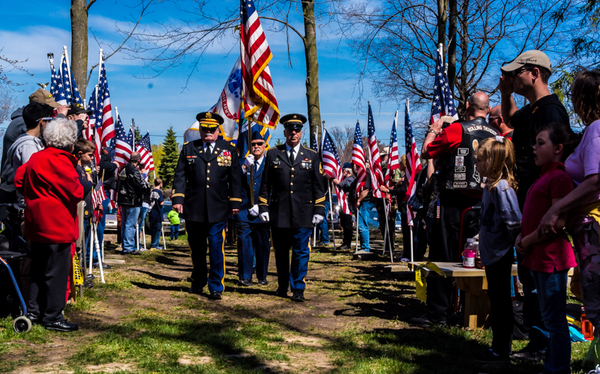 An annual event this weekend will pay tribute to K9 heroes that served to protect the community and country.

K9 Veterans Day will be observed Saturday, May 18th at the Michigan War Dog Memorial (MWDM) and Cemetery on Milford Road in Lyon Township. March 13th is officially recognized as K9 Veterans Day because the military was ordered to secure dogs for defense on March 13th, 1942; however the MWDM’s event is held later in hopes of decent weather. This is Michigan’s 6th year honoring K9 veterans.

Saturday's event begins at noon and will kick off with a bagpiper, full color guard, and an escort of German shepherds walking the path of honor. The ceremony will begin with an invocation by an Air Force Colonel followed by two keynote speakers; Retired Law Enforcement K9 Handler Terry Foley, and Cheryl Thrushman, a lead consultant for the Ascension Michigan Therapy Dog team. The ceremony will also feature the playing of taps, a canine salute to their fallen comrades and vocals from the German shepherd escort that has been trained to howl on command.

Immediately following the event, three therapy dogs from the Providence Hospital Ascension Therapy Dog group will be interred. Phil Weitlauf, President of the MWDM, says the interment will recognize the services of therapy dogs Lilly, Parker and Quinn. An interment was held last weekend for K9 Gunner, who served the Wayne County Sheriff’s Office for eight years. Weitlauf says about 250 people attended the event to pay their respects and offer their condolences to Gunner’s handler. Since its inception, the MWDM has interred 24 dogs.

Weitlauf encourages community members to attend this weekend’s ceremony to recognize the heroes that have given so much of their lives to serve others. (DK)