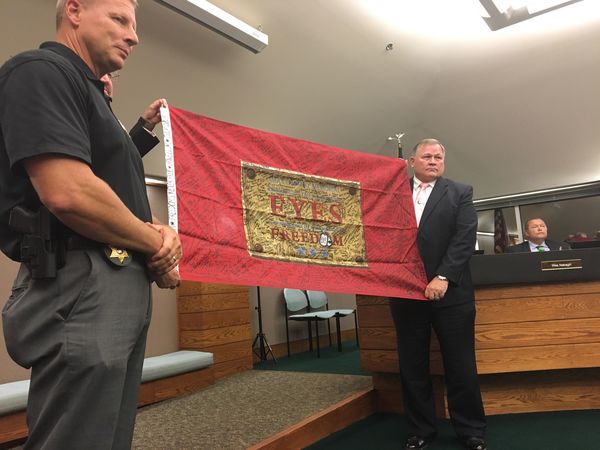 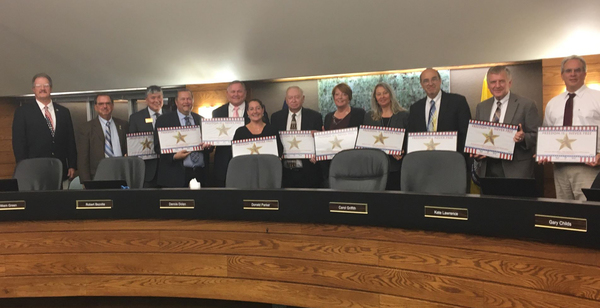 A presentation of four war memorials that came to Livingston County this past July was a huge success, according to event organizers.

The Connect Five Veterans Foundation, with the support of the Disabled American Veteran Chapter 125 and Auxiliary Unit 125, brought the memorials to the Livingston County Airport July 10th through the 14th. The display consisted of a 50% replica of the World War II Memorial from Washington D.C., the Korean War Memorial with 23 full-size statues, the Michigan Vietnam Traveling Wall, and the Eyes of Freedom Traveling Memorial.

Organizers of the display recently attended a meeting of the Livingston County Board of Commissioners to share details about just how successful the event was. DAV Commander and Connect Five Foundation Director Mark Kovach says approximately 12,000 people visited the attraction over the course of its four-day stay. Kovach says the event also included a presentation of a new pin for the spouses of Vietnam Veterans, which has only happened once before in Michigan. He told commissioners they handed out over 200 pins at the emotional ceremony.

At the meeting, commissioners were presented with a signed flag from the Eyes of Freedom memorial and plaques that thanked them for their support. Kovach tells WHMI the Eyes of Freedom display, which pays tribute to members of a Marine unit killed in Iraq, was a big attraction for a lot of younger veterans, and that the Vietnam Traveling Wall was once again an important place for healing. (DK)