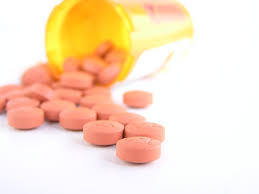 Republican State Representative Hank Vaupel of Handy Township has sponsored legislation that would require manufacturers of prescription drugs to file an annual report on the costs associated with prescription medication - a move he says would provide a new level of transparency in drug costs. Vaupel says the major thing the bill he introduced deals with is drug transparency; related to the manufacturer, research, marketing and acquisition of a product to try and put some overall clarity into what goes in to the price of a drug. He says there are a lot of moving parts but they’re going to try to start with the basic cost of the drug and then look at many of the other things going forward. Vaupel says they’ll be primarily looking at what the cost of the drug actually is.

Vaupel chairs the House Health Policy Committee, where HB 5223 will be up for discussion Wednesday. (JM)