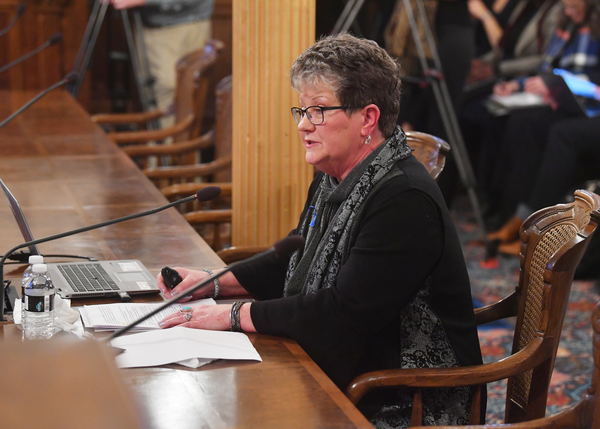 A local legislator is fighting to raise awareness about human trafficking in Michigan.

State Representative Hank Vaupel of Fowlerville is chair of the House Health Policy Committee. This week, he participated in a joint committee with the Appropriations Subcommittee on Health and Human Services to increase awareness about human trafficking in Michigan. They heard testimony from human trafficking survivor Ruth Rondon (pictured), Kelly Carter, executive director of the Michigan Human Trafficking Commission, and representatives from the FBI.

According to the U.S. Department of State, human trafficking is the second most profitable form of crime, trailing only drug trafficking. They report that roughly $87-million per day is made from sex trafficking transactions. . In 2011, Michigan received an “F” grade from Shared Hope International’s Protected Innocence Challenge study, but was raised to a “B” grade in 2019.

Vaupel said there’s still more work to be done. He said that human trafficking isn’t just a third-world problem, but that it’s also an issue here in our own backyards. The Republican Representative then continued, stating that he is “eager to get to work on ways we can support victims trapped in the industry, as well as survivors who have escaped but are still addled with trauma.