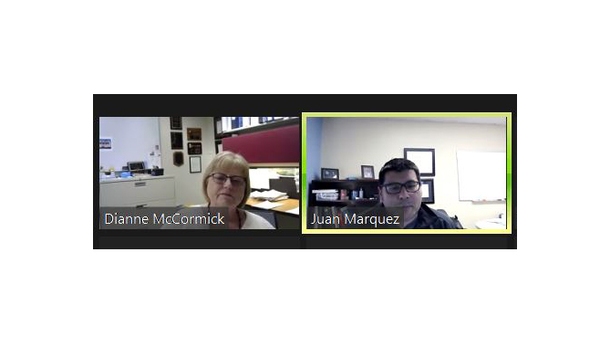 
An update on COVID-19 in Livingston County took up the majority of a virtual town hall event hosted by a local lawmaker Friday.

Term-limited Republican State Representative Hank Vaupel hosted the event and was joined by his successor, former sheriff and county commissioner Bob Bezotte. Livingston County Health Department Director Diane McCormick and Medical Director Juan Marquez were the featured guests and discussed a continued surge in case numbers, both locally and across the state. It was stated the virus continues to spread across the county and case counts and the positivity rate have both more than doubled. Livingston County is said to be experiencing a sharp increase in cases that far eclipses the daily number of positive cases from the first wave of COVID-19 earlier this year. The surge in cases is further confirmed by a test positivity rate that has quadrupled from the baseline rate in the summer and has almost doubled this month alone. The department continues to observe high hospitalization rates as well as multiple deaths per week, which affects all ages with the majority of cases greater than 18-years-old.

McCormick stated there are significant and unique challenges related to contact tracing and case investigation because of the increased numbers and the department has had to prioritize calls, as well as businesses and congregate settings experiencing outbreaks. She said the department has added a lot more staff and was able to hire epidemiologists and more nurses with funding from the federal government and the state. Dr. Juan Marquez stated there has been a dramatic surge in the number of cases and positivity rate. He says some of that is attributed to more testing being conducted but there is still a massive spike and they’re very fearful.

Locally there has also been fluctuation with case positivity rates. It was noted Livingston County was holding around 3% to 4% but since the beginning of October is really increase and now stands around 13%, which was said to be on par with the rest of the state. It was also stated during the meeting there are two vaccines that have had some promising results. Marquez noted it won’t be widely available initially and different phases would be rolled out - adding it’s a two-dose vaccine. He said it’s a very complicated process with a lot of moving parts but they have a strong team and expect some advances in the next month or so.

Other topics brought up by meeting attendees included the Enbridge Line 5 Pipeline, the election, COVID-19 relief, education and the upcoming lame duck session. One question referred to the 2018 lame duck session using words like “shenanigans” and “overreach” and inquired about what to expect in December when the House meets for the last month of the session. Vaupel said with the presidential election and COVID-19 situation – nobody really knows. Vaupel said there are several issues out there he feels are important but he doesn’t know that the lame duck will actually affect them - adding he hopes it’s nothing like in 2018 where over 400 bills came through in three weeks. He said that was not good government or legislation and there were a variety of reasons for it – adding he hopes this will be a much milder lame duck. Vaupel commented that with the House returning with the Republican majority and the governor having two more years in office, he doesn’t think there will be any dramatic changes - adding his prediction is that the lame duck will be really lame.

With the upcoming holidays, local residents are being advised to limit the number of different households at gatherings, have honest conversations about regular practices, wear a mask, socially distance and increase ventilation as much as possible. On the mask topic, Vaupel stated he doesn’t support mandates and feels there has to be a level of personal responsibility but said he does recommend that people wear masks and follow all other safety precautions. Representative Elect Bezotte stated he wears a mask out of respect for others when out. However, Bezotte said he has asthma and therefore really has trouble maintaining them for a long time so he tries to get in and out quickly at places.

The most recent COVID-19 report from the Health Department is attached.