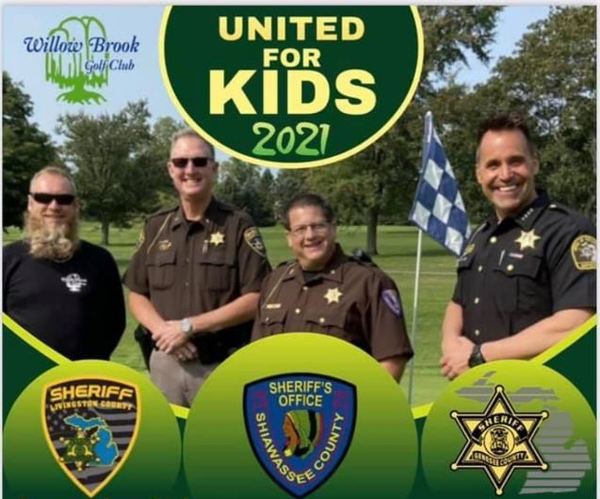 That’s the motto behind an upcoming golf outing that will benefit three children’s charities.

Murphy says last year was the first year of the event and they were able to raise $10,000 but would like to build on that this year as it took place after the lockdown when outside activities started to open back up. Murphy tells WHMI it was all the brainchild of golf course owner Dave McDowell, who reached out wanting to know how they could all get together and help some kids. He says McDowell and his family own the golf course and know that the three sheriffs work together on a lot of different things and wanted to get everyone together to do something for kids so it was really his brainchild right from the get-go.

All proceeds are split between charities selected by each sheriff – Voices for Children, Whaley Children’s Center and Midcourse Correction.

Murphy says the charity he selected, Midcourse Correction, is essentially a weekend boot camp for wayward kids in which about half are court-ordered and the other half are private pay from parents who might need a little bit of help getting their kids straightened out and on the right track. He says there have been quite a few success stories and it’s a great organization.

Golfers are being sought and various sponsorships are also still available. Registration begins at 8am with a 9am shotgun start. The cost for the outing is $400 per team. That includes 18 holes with a cart, breakfast, lunch at the turn, dinner, a 50/50 raffle, door prizes, and others for closest to the pin and long drive.

Pre-registration is encouraged but can be done on-site the day of the event. More information is available in the attachments.