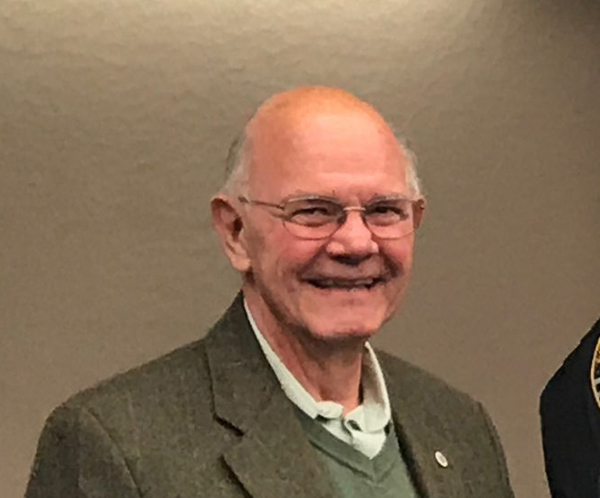 Following a criminal investigation and months of allegations surrounding misappropriated donations, the embattled chair of a county veterans committee has withdrawn his name from consideration for reappointment.

Livingston County Administrator Ken Hinton has confirmed for WHMI that Hansel Keene formally informed officials that he will no longer seek another term on the Livingston County Veterans Services Committee. The terms of both he and fellow member Joe Riker expire at the end of the month. The County Board of Commissioners is expected to decide on the two appointments at their meeting Monday. Also in the running are former County Commissioner Steve Williams, along with Michael Reeve and Jim Pratt. The board will now presumably fill the two spots from the four remaining candidates.

Keene’s tenure as chair of the committee came into the spotlight beginning in August following a complaint filed by a donor who said she had been instructed by Keene to make out a $400 check in his name as well as that of Livingston County Veterans Services for a plaque to honor members of the county sheriff's department who had served in the military. The donor said she had also given Keene a vacuum cleaner, a floor cleaner and a riding lawnmower and had been assured by him that they had been given to local veterans in need. But after repeated attempts to obtain a receipt for the donations from Keene, she emailed the then-director of the veterans services department, Adam Smiddy. Smiddy says he immediately began to look into what happened to the cash and other donations, but was fired several days later by the committee, with Keene one of those voting to oust him. Smiddy has since filed a Whistleblower Protection lawsuit against Keene and the county alleging his firing was in retaliation for trying to get to the bottom of the donation dispute.

A copy of the State Police report obtained by WHMI indicated that Keene admitted to the investigator that he was aware of the county's policy in which donations are supposed to be brought to the Treasurer's office for deposit into the proper account and then spent from that account. But he said that, "in his mind, a $400 donation was made for this plaque, he accepted the donation and the money was spent on its intended purpose, the plaque."

While Livingston County Prosecutor Bill Vailliencourt determined earlier this month that there was "insufficient evidence to justify any criminal charges,” questions remained about Keene’s ability to lead a committee entrusted with handling more than a million dollars of taxpayer funds generated each year following the passage of a 2016 county-wide millage. (JK)