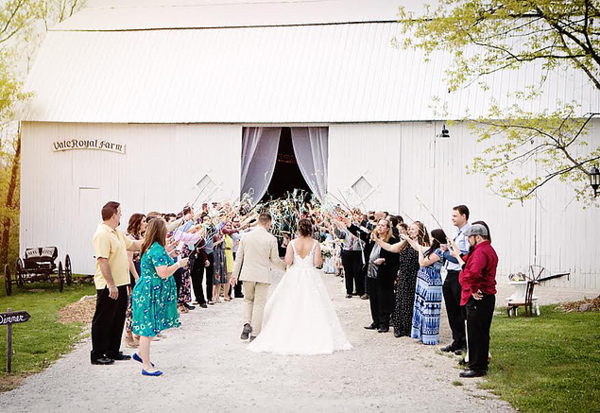 A new wedding and large event venue has been approved in Tyrone Township.

At Tuesday’s regular meeting of the Board of Trustees, Tyrone Township officials granted site plan amendment approval and a special use permit to Vale Royal. Vale Royal features a restored, historic barn, and will be capable of hosting weddings, dances, and several corporate and recreational activities. The venue will operate between May 1st and October 31st. During the meeting, Tyrone Township Supervisor Mike Cunningham expressed concerns about the backwards way the owner put the township through the approval process. Cunningham said, they built the barn and submitted the plan, and when the time for inspections came, they found the owner had built more than they were approved for. The Supervisor said he didn’t appreciate that, and that it cost the township money in hiring a lawyer.

Despite this, Cunningham said the plan was not to put Vale Royal out of business, but to help them succeed. He said as long as a business has the criteria for approval, he wants them to be successful. The supervisor continued by saying that it is always good for the township when you have a business like a wedding barn that draws people into the community. It gives people a chance to see what the township and county have to offer.

Two conditions were put on the approvals. One was for installation of fire suppression before the venue would be allowed to host an event with more than 99 visitors. The second was to limit Vale Royal to 1 event for each of their first 3 months. Cunningham told the owner during the meeting that he believes the business will be successful, but before doing anything requiring approvals in the future, to come to the board first.