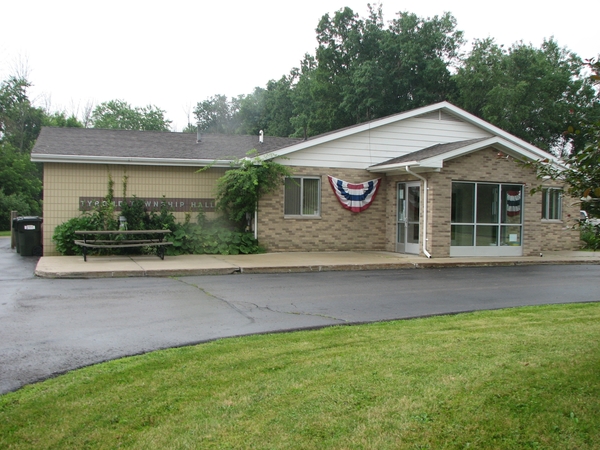 With a new town hall secured, Tyrone Township officials have made a decision on what to do with the existing one.

Tuesday night’s meeting of the Tyrone Township Board of Trustees was their last one to be held at their current Center Road location. Beginning this Friday, officials will begin moving to their new location, the former site of the Baptist State Convention, at 8420 Runyan Lake Road, on the corner of Center Road. Township Supervisor Mike Cunningham said the amenities of the new building and location have helped them decide to put the current building up for sale. At 10,000 square feet it’s roughly double the size of the current Center Road location. The new location was built in 2004 and has lots of space on the property to be used or expanded on as the township sees fit. The current town hall was built 52 years ago and is showing its age. Cunningham said they were originally going to remodel the current building, but they heard from residents that they didn’t want the township to put any more money into it.

At the meeting, they unanimously passed a motion to put it up for sale themselves for $365,000. Trustee Chuck Schultz said he thought that is an equitable amount for both a buyer and the township. It is zoned residential, and that asking price does not include the adjacent historic town hall building. The Board will revisit their price and selling strategy in 90 days if they don’t have a buyer.

Meanwhile, the township offices will be closed beginning this Friday, and all of next week for the move. They anticipate opening their new 10,000 square foot location on December 2nd. (MK)