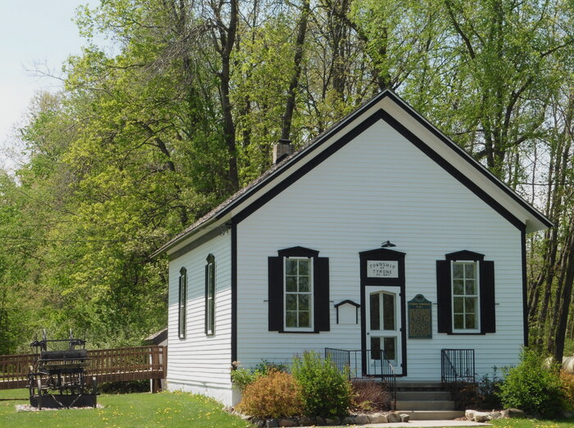 Residents and property owners in Tyrone Township will very soon have a survey in front of them asking what they think should be done with the Old Historic Town House.

The Town House dates back to the 1800s and was moved it its current location, the site of the old township offices on Center Road in 1976. When the township sold that building and moved its office to its new location in 2019, the Old Town House remained. Though it needs serious work and repairs, community interest in saving it, and with it, its link to the past, has grown over the past few months. Last week, the Tyrone Township Board of Trustees set forth on creating a survey for residents. Supervisor Mike Cunningham said that a couple township officials got together with their planner who has experience creating professional surveys and drafted one up.

Recipients will be asked to rate several options on a scale from “strongly agree” to “strongly disagree.” Residents can then gauge their interest in the several options for the hall, which include leaving it on site and having it open 4 times a year, selling it to the Historical Society, having the township move it, having the township move it with money from private donations, or having it moved with private donation money only. Resident names, addresses and Parcel IDs are required, but will only be used by the township planner to confirm identity. Individual responses will be kept confidential.


The draft survey was presented at a special meeting of the Board of Trustees held Monday night. Cunningham said they got feedback from some residents and made a few changes to it based on what they heard. He said he thinks they now have a survey that is fair and equitable for their residents to make a decision on what they’d like the township to do. The survey will be sent out with the township’s summer tax bills.