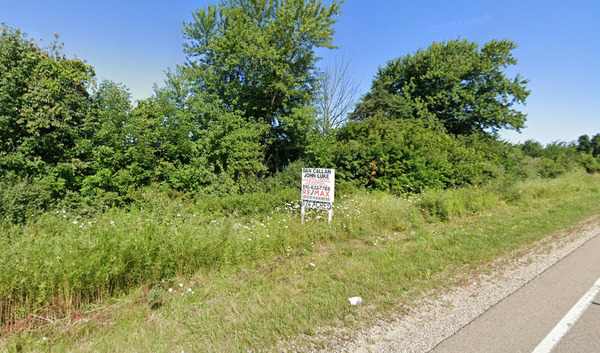 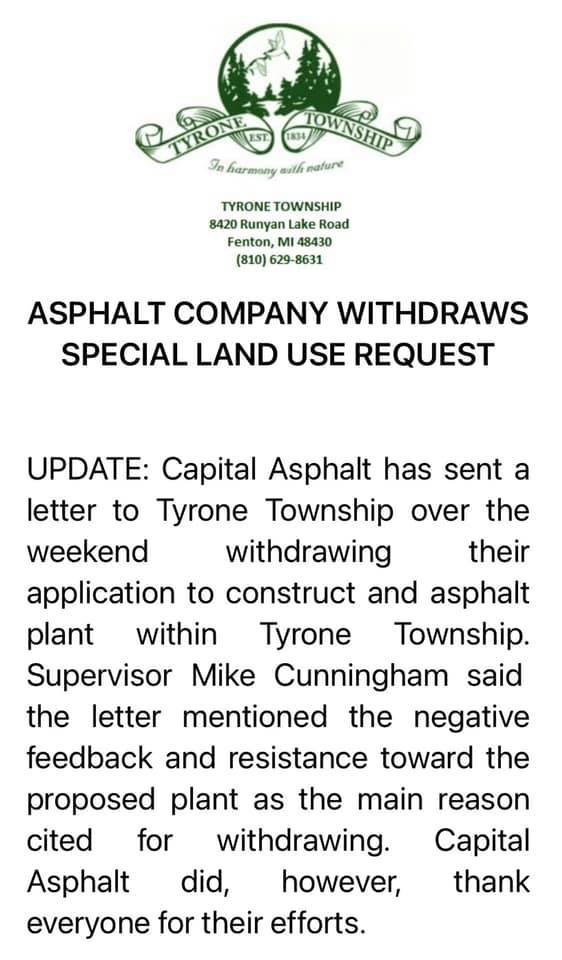 
The withdrawal of an application to build a proposed asphalt plant in Tyrone Township has residents cautiously optimistic and ready to become more involved in their community.

Nearly as soon as John Sawyer of Capital Asphalt unveiled a plan for the plant did residents rise up in opposition, forming the group Residents for Community Preservation.

The plan involved heavy industrial rezoning of 2 parcels covering 124-acres north of Center Road and west of Old US-23 (pictured) and a special land use permit for the plant.

On Monday, Tyrone Township Supervisor Mike Cunningham released in an email that Sawyer has withdrawn the special land use request, seeming to signal the end of the project.

While good news to residents, there remains uncertainty about what will happen to the rezoning request, which was made by the property’s third-party owner out of Oakland County.

Sara Dollman-Jersey, one of the organizers of Residents for Community Preservation, said they are still waiting to see what the owner will do and that this eye-opening project has inspired the group to become more involved, especially with a forthcoming master plan update. She called the conversations held around the project over the past couple of months a “kind-of wake-up call.”

Dollman-Jersey said the Residents group wants to do community outreach to help all understand the master plan process better and to articulate their voice and vision for Tyrone Township in the future. She said they know that building a tax base and increasing jobs are important to the township, but that developing in a way that doesn’t bring harm to the community is essential. Dollman-Jersey thanked the community for its support and said it was inspiring how people rallied together for the cause.