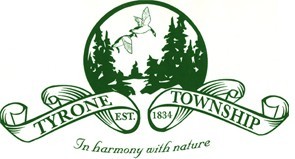 The process of amending Tyrone Township’s sign ordinance is nearly complete, after several years of discussion determining the needed changes.

The sign ordinance is the result of a previous federal Supreme Court decision that declared signs cannot be regulated based on the content of the message, therefore requiring communities to apply standards unilaterally. Mark Meisel, Chairman of Tyrone Township’s Planning Commission, says that forced local officials to review their municipality’s sign regulations and then try to adhere to the spirit of the Supreme Court’s decision, even though some feel the ruling they arrived at was ambiguous.

The township’s Planning Commission met Tuesday night to continue discussion on what amendments should be made to their sign ordinance. Commissioners offered comments on components of the ordinance including the definitions of different types of signs, qualifying violations and the associated fees, and an inventory of signs within the township. The Planning Commission generally felt satisfied with the discussed changes, which will be incorporated into the draft ordinance before it is brought back for further review at an upcoming meeting.

Meisel says the amendment process has taken them about three years, noting factors like the lack of incoming and pending commercial development in the area, and the difficulty of making progress due to the break in conversation because officials often spend time refreshing themselves on what they had discussed at prior meetings. Meisel adds, "It's taken us a lot of time because when you look at signs in general it's a very broad topic with a lot of interpretation, a lot of creativity and flexibility. It's use of application-specific, zoning district-specific, and so when you try to do all this in generalities you also look at and say, what do I really want to regulate for signs? Am I regulating too much? Am I not regulating enough? And then you face the reality of that's a really, really big task."

Once commissioners are satisfied with the amended regulations, they will vote to make a recommendation to the township’s Board of Trustees. A public hearing will then be held before the draft moves to the county’s Planning Commission for additional review and comment. Lastly, the Board of Trustees will consider the Planning Commission’s recommendation, as well as comments from the public and county officials, to make a final decision on adopting the new ordinance. (DK)