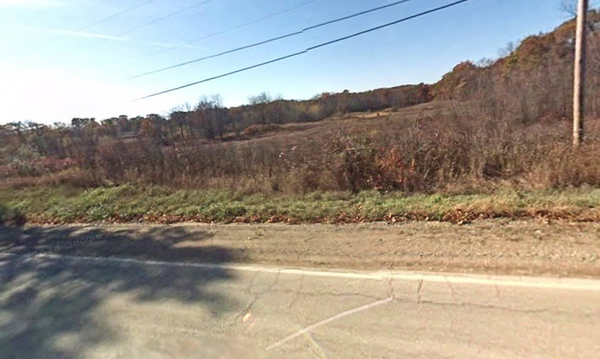 A Tyrone Township man hoping to construct a cemetery offering green burials has submitted revised plans due to resident concerns.

Last fall, cemetery director Hasan Siddiqui submitted plans for a 10-acre graveyard on Germany Road near Denton Hill Road (pictured). At a public hearing in November, more than 30 residents showed up expressing concerns for soil and water quality, noise pollution, traffic, and negative effects on property values. Siddiqui, who is a Sufi Muslim, will open the cemetery to all, but a large percentage of those resting there will be Muslim. The cemetery will offer green burials, which is a traditional method Muslims use where the body is wrapped in wrapped in a shroud and placed into the ground with no embalming fluid or casket. Siddiqui said it is safest and most environmentally safe method.

Township Supervisor Mike Cunningham said he wasn’t going to speculate on whether the residential outcry was religiously motivated. He said from his standpoint, his oath of office requires everyone to be treated equally no matter what their religion is. He said that Siddiqui has applied, and as long as he meets the criteria, he and the township can move forward.

At March’s meeting of the Planning Commission, Siddiqui submitted revised plans, which the commission then passed on to the Livingston County Planning Department. In the new plans, Siddiqui reduced the number of gravesites from 3,847 to just under 1,600. The grave sites will be farther from the road and hours of operations for heavy machinery and burials has been set to 9am to sunset. Siddiqui said he’s still waiting to hear back from the county, and wants residents to know that their concerns have been heard. Picture courtesy of Google Street View. (MK)