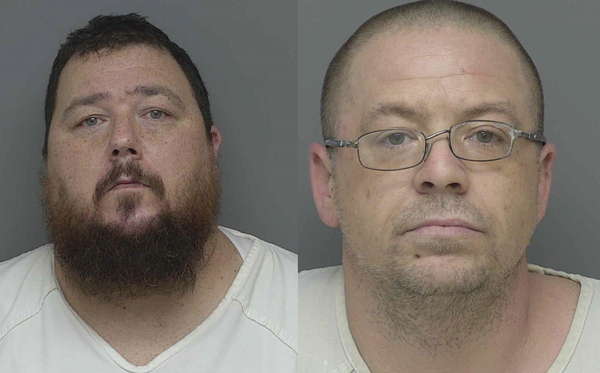 A court date is set next week for two men who cashed nearly a $1,000 in fraudulent bottle return slips at a Fowlerville store.

Authorities say 37-year-old Shane Whiteman of New Hudson and 39-year-old Eric Lowman of Oceola Township cashed fake bottle return slips on several occasions at the Fowlerville Walmart between January 19th and the 26th. Fowlerville Police Chief John Tyler tells WHMI that his officers first arrested Lowman and were conducting surveillance for another suspect, who was later identified to be Whiteman. While working with Detective King from the Livingston County Sheriff’s Office they determined that a third man had made the fraudulent slips on his computer. It’s believed that third person, reportedly a Pontiac resident, used paper rolls that were stolen from a Walmart in Warren, although Chief Tyler says that aspect of the case remains under investigation.

Whiteman is charged with conducting a criminal enterprise and three counts of uttering and publishing, while Lowman is charged with two counts of uttering and publishing and one count of false pretenses. Both men remain are due back in court for a February 11th probable cause conference. If convicted as charged, they face up to 14 years in prison. (JK)