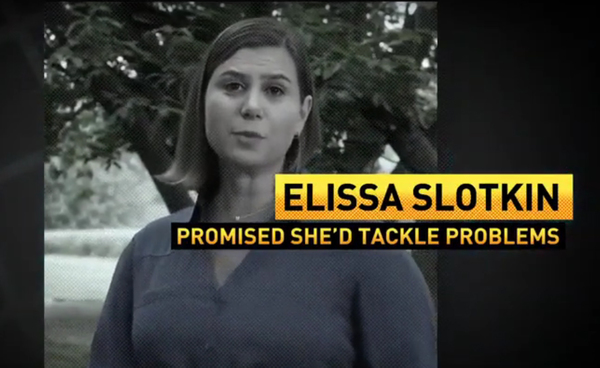 A battle of TV ads is taking place this week in the 8th District over Congresswoman Elissa Slotkin’s decision earlier this month to support an impeachment inquiry into President’s Trump’s actions.

Last week, the Republican National Committee began airing commercials in Metro Detroit targeting Slotkin, characterizing the Holly Democrat’s decision as support for “endless investigations” and “endless hearings” while ignoring “fixing health care” and “lowering drug prices.” Slotkin said her support for an impeachment inquiry only followed the allegation by a whistleblower that the President improperly used his office to ask Ukraine to probe a political rival while withholding nearly $400 million in promised aid. 11th District Democrat Haley Stevens, who also supported the inquiry, is targeted in separate ads.

The Detroit News quotes RNC spokesman Rick Gorka as saying the commercials are part of a $2 million Republican National Committee television and digital ad buy in congressional districts of more than 60 Democrats considered to be politically vulnerable. Both Slotkin and Stevens flipped traditionally Republican districts last year. RNC Chairwoman Ronna McDaniel, a Michigan native, said the ad buy will hold candidates responsible who ran as centrists but are now supporting an impeachment inquiry.

But starting this week, television ads from a Democratic group with close ties to House Speaker Nancy Pelosi will begin airing ads to support many of those same House Democrats, including Slotkin and Stevens. The “six-figure TV ad buys" come from House Majority Forward. Spokesperson Abby Curran Horrell told The Washington Post that “Americans deserve to know about the progressive legislative accomplishments of these representatives, who are fighting for the kitchen table issues that matter most in their districts — lowering the cost of prescription drugs, protecting people with preexisting conditions, and taking care of our veterans.”

Last week, Slotkin held a trio of town halls with district residents, including one at the Hartland Cromaine District Library, during which much of her time was spent explaining her support for the inquiry, telling constituents, many of whom expressed vocal opposition, that she felt bound by her oath of office to support the process. But she also said she would keep an open mind and would vote her conscience if impeachment came to a vote. (JK)