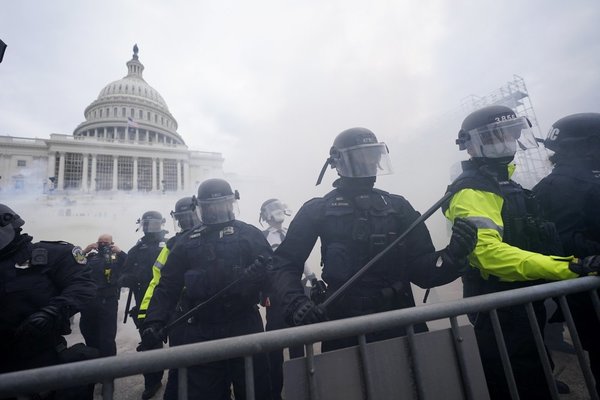 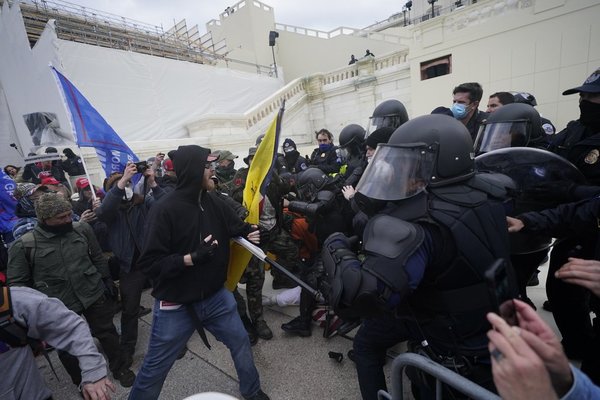 
Angry Trump supporters stormed the nation’s Capitol Wednesday in a chaotic protest aimed at thwarting the peaceful transfer of power.

President-elect Joe Biden is calling for the restoration of “just simple decency” after a mob incited by his predecessor stormed the U.S. Capitol and delayed Congress from certifying the results of November’s election in which Biden won the White House. Biden had planned to deliver a speech focused on how to revive an economy reeling from the coronavirus pandemic from his native Delaware this afternoon. But shortly before he was to begin speaking, demonstrators broke into the Capitol, reaching as far as the House floor.

The building was locked down and police with guns drawn moved in as Vice President Mike Pence and lawmakers were evacuated to secure locations. The Associated Press reported that one person was shot and taken to a hospital.

The protesters were egged on for weeks by Trump, who since the November presidential election had launched a barrage of false attacks on the integrity of the results. While rallying his supporters outside the White House Wednesday morning, he urged them to march to the Capitol. But later — hours after they fought police and breached the building — he told them in a video that although they were “very special people” and he backed their cause, they should “go home in peace.”

8th District Democrat Elissa Slotkin who represents Livingston County in Congress and is a former intelligence official, said on Twitter that “This is a tough moment for everyone. The National Guard and law enforcement will need to clear the Capitol. I urge all protestors, some being from my own district, to disperse."

This is a tough moment for everyone. The National Guard and law enforcement will need to clear the Capitol.

I urge all protestors, some being from my own district, to disperse.

The Pentagon said about 1,100 D.C. National Guard members were being mobilized to help support law enforcement. The Guard forces were to be used at checkpoints and for other similar duties and to help in the enforcement of the 6pm curfew being implemented tonight in the city.

Police declared the Capitol to be secure about four hours later.