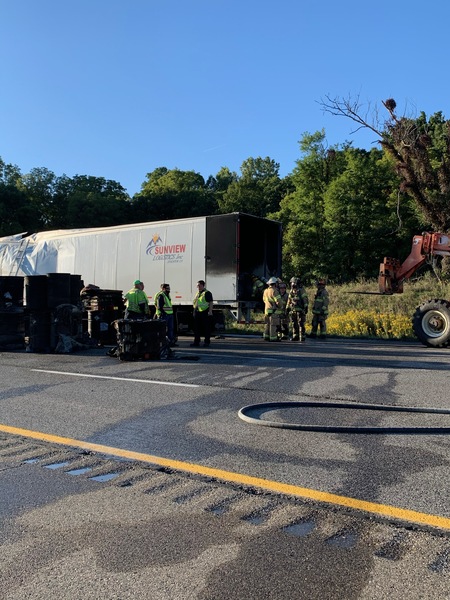 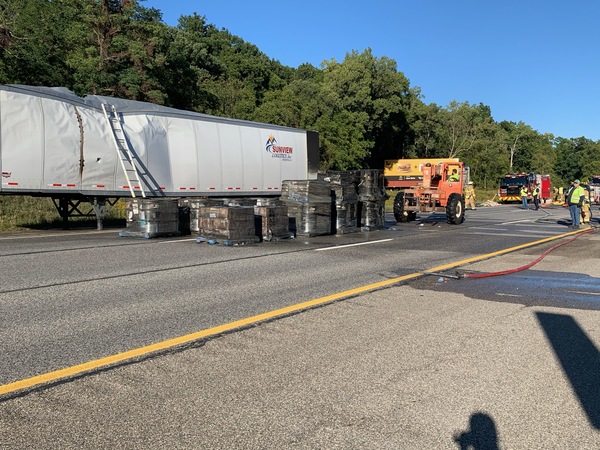 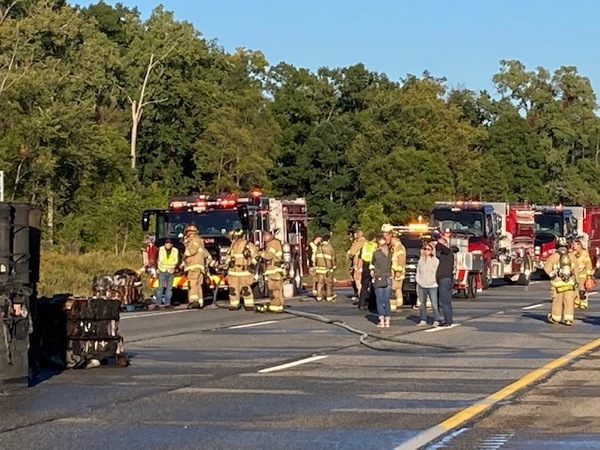 A truck fire closed down westbound I-96 near the Livingston/Oakland County line for more than five hours Friday, snarling rush hour traffic.

The semi-tractor trailer was hauling a load of used lithium ion batteries when it caught fire just before 4pm, west of Kensington Road. Brighton Fire Chief Mike O’Brian says the truck had just left Battery Solutions in Milford Township bound for California with batteries for recycling when the fire started. The driver was able to detach the cab from the trailer and move it away from the fire. Authorities were forced to shut down the westbound lanes to deal with the cleanup and re-load the remaining batteries onto another truck. One firefighter suffered a minor injury. The freeway remained closed until after 9pm.