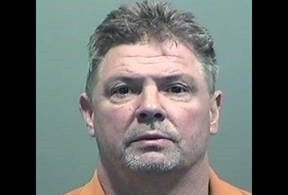 A summer trial date has been set for a Fenton Township man charged in the sexual assault of a child.

54-year-old Michael Sackrider is charged in two separate cases involving minors in Genesee County Circuit Court. He had been set to go to trial on Wednesday, but court records show that has been moved off until July 24th.

Sackrider was arrested in March of 2018 and charged with five counts of first-degree criminal sexual conduct and one count of second-degree criminal sexual conduct. The Genesee County Sheriff’s Office says they were initially contacted about the incidents in January of 2018. The alleged victim told investigators Sackrider, who was her mother’s ex-boyfriend, sexually assaulted her several times at his Linden Road home from 2006 through 2015.

Two new charges were filed last April against Sackrider for a felony count of third-degree CSC and fourth-degree CSC, both with an incapacitated victim. Officials say the incident prompting those charges took place in July 2017. Sackrider’s defense had sought to prevent evidence of past incidents from being used at his trial, but later withdrew that motion. However, in court yesterday his attorney requested that Sackrider’s electronic tether be removed, which was granted. (JK)