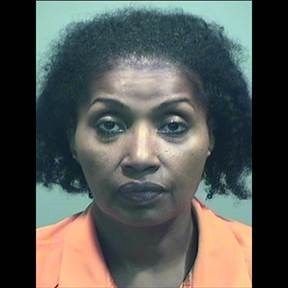 A trial date has been set for a woman charged in the shooting death of a pregnant Linden woman and her co-worker.

55-year-old Jacquelyn Tyson was found competent last month to stand trial on two counts of pre-meditated 1st degree murder and two counts of felony firearms. Last week, a trial date was set in Genesee County Circuit Court for July 18th. Tyson is charged with shooting 20-year-old Lyric Work and 45-year-old Tamara Johnson at the leasing office of the Grand Oaks Apartments in Grand Blanc on July 26th, 2016. Johnson was pronounced dead at a hospital while Work, who was pregnant, was put on life support so the baby could be delivered. Work then passed away three days later. Her child survived.

Authorities have yet to say what the motive was for the shooting. However, Genesee County Prosecutor David Leyton previously said the shootings could have precipitated from a dispute over Tyson's apartment.

Tyson is being held without bond at the State Forensic Center for Psychiatry, and was twice declared incompetent, but was said to be making progress with treatment and medication. She will remain at the center until trial. A June 1st deadline is also set for a Cobbs Proposal, where the defense attorney, prosecutor, and judge discuss what sentence would be handed down under a plea agreement. A defendant may withdraw their plea if the actual sentence differs from the agreement. (JK)