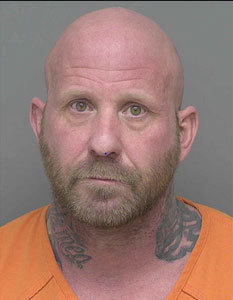 A man who posed as a police officer and pulled over a woman in Livingston County will head to trial early in the New Year.

42-year-old Michael Joseph Snyder of Northfield Township will stand trial in U.S. District Court in Detroit February 11th on a charge of false impersonation of a police officer or employee of the United States. The count stems from an incident October 27th on I-96 in Livingston County when a woman passed Snyder’s 2015 Ford F-250 truck. The truck then got behind her and started flashing red and blue lights, at which point she pulled over.

The woman says she was immediately suspicious after Snyder approached her vehicle and started swearing at her. She also noticed that his pickup truck had Texas license plates. When she questioned his authority to pull her over, she says Snyder claimed to be a federal agent. She told him that she didn’t believe him and drove away, but then managed to follow the truck as it got onto US-23 southbound until it exited at M-36.

Based on information from the victim, Snyder was arrested at his home in Northfield Township and illegally installed red and blue flashing lights were found on his truck. Authorities also discovered a large assortment of tactical gear and weapons inside his home. Snyder told police he uses the lights at trade shows and owns an online retail company that sells police tactical gear. However, further investigation indicated Snyder has been accused of impersonating a police officer in previous incidents in Ann Arbor and Texas. (JK)