Number of Trash Cans To Be Reduced In Downtown Howell 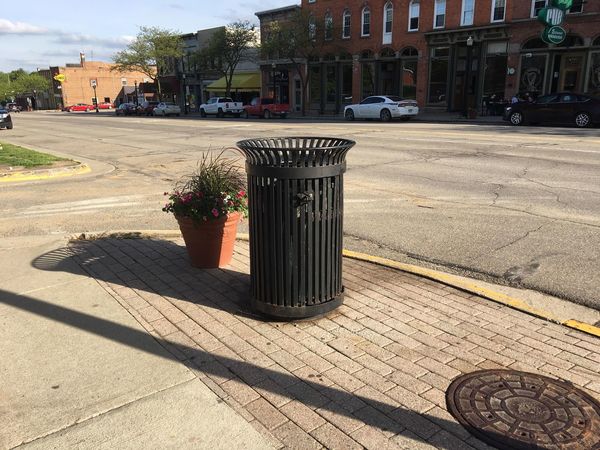 The number of trash cans in the City of Howell’s downtown region will soon drop drastically.

City officials have been discussing their concerns attached to having a large number of trash cans scattered throughout the Central Business District. Some of those issues include misuse by non-residents improperly disposing large amounts of garbage in the receptacles, the placement of the trash cans, and the quantity. The City has 47 receptacles within the same block radius while in comparison, larger communities and touristy cities like Traverse City have about 15 at most. Howell Main Street Director and COO Cathleen Edgerly says officials are looking to reduce the City’s number of trash cans from 47 to about 10.

Edgerly says the City will save money by reducing the number of receptacles. The City currently contracts with Advanced Disposal Services to empty the 47 trash cans twice a week at a cost of $450 per month, or $5,400 a year. Edgerly says the City will instead have the trash cans emptied every day, thus resulting in a reduced cost to service 10 receptacles instead of 47. She adds that it will also reduce the potential for overflowing receptacles and/or the smell of garbage that has been sitting in the trash cans for several days, therefore decreasing the breeding ground for bees and wasps. Other benefits include freeing up sidewalk space for patio seating, ADA compliance, and better pedestrian traffic flow.

Edgerly says the method has proven to be successful for many communities in Michigan with downtown areas. The plan to reduce the number of trash cans will be implemented as soon as officials meet with local business owners to make them aware of the changes and how to contact them if there are any resulting issues that need to be addressed. (DK)