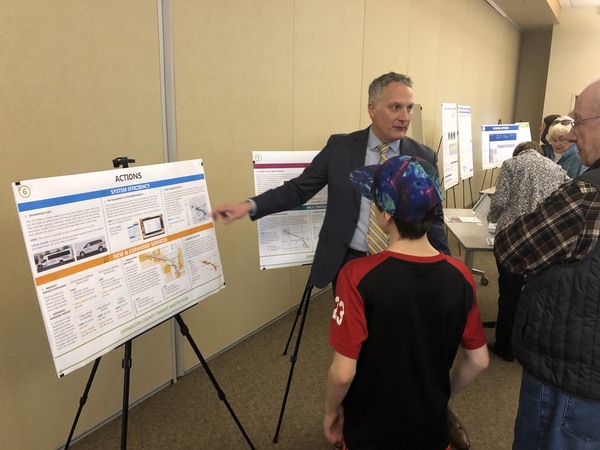 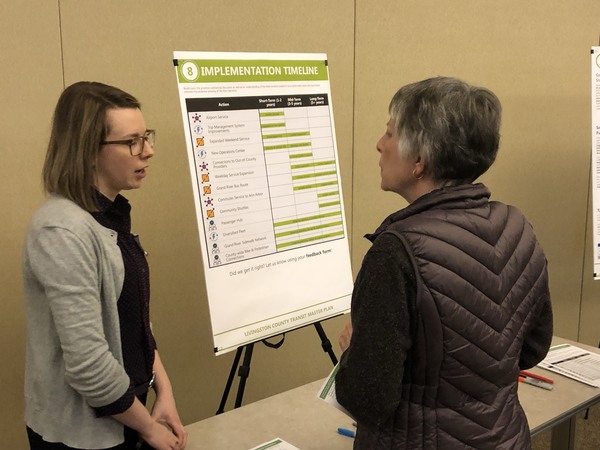 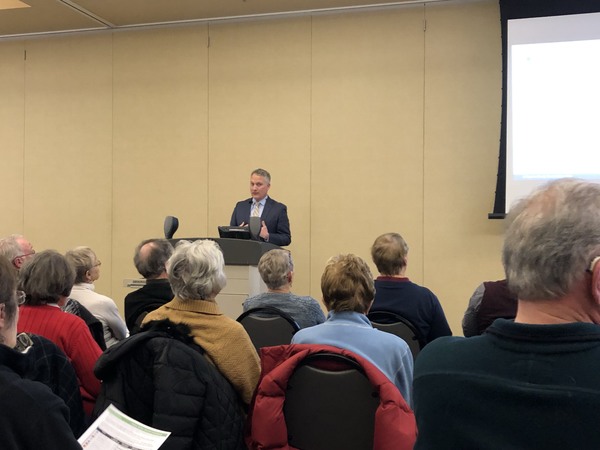 Residents and community leaders have gotten one last look at the plan that could reshape the state of public transportation in Livingston County before it goes to the Board of Commissioners.

More than 100 people filled the Johnson Center at Cleary University, Tuesday, for the final public open house for the Livingston County Transit Master Plan. Displays were set up around the room with experts scattered throughout to guide and answer questions on topics like the plan’s process, its goals, who will govern it, and how will it be funded. Livingston Essential Transportation Service Director Greg Kellogg and Project Lead Jeromie Winsor from Aecom led a presentation that followed with a question and answer period.

Through previously gathered public feedback, Winsor shared the short, mid, and long term priorities that they feel are plausible for the county. Tops on the list of “wants” from residents is airport service to Detroit Metro. Winsor believes this is something that can be accomplished relatively quickly over the next couple of years. Other short term desires include expanded hours for LETS along with a new trip management system, and a second base of operations. Connections to out-of-county providers and a Grand River bus service between Brighton and Howell, are among the mid-term goals. The plan extends 5 years out and longer, with the ideas of a passenger hub, diversified fleet, and county-wide bike and pedestrian connections being built.

Implementation of the short and mid-term enhancements is estimated to cost $900,000 annually. For full implementation of the plan, an estimated $2-million per year will be needed. Following this up, Winsor had information on what a millage might look like to cover these costs, depending on many how stakeholders are putting into it. The impact on a home with an estimated market value of $100,000 could range from $5 to $12 in taxes. There were options other than a millage, he noted, but that without more funding from local sources, federal grant funding above what LETS already receives will be tough.

The draft, which will be updated using information gleaned from the open house, will be presented to the County Board of Commissioners on March 11th. (MK)