Traffic Stop In Hartland Turns Up $40K In Crystal Meth 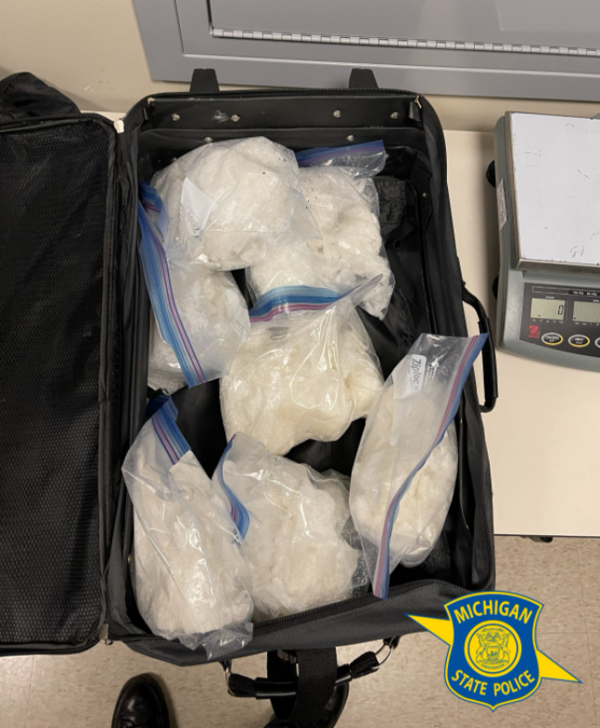 
A traffic stop in Hartland Township this week turned up 20 pounds of methamphetamine and uncovered a potential drug trafficking operation.

Troopers from the Michigan State Police Third District Hometown Security Team initiated a traffic stop on a Ford Fusion with Georgia license plates on US-23 near Clyde Road at around 11:30am Tuesday.

20 pounds of crystal meth was discovered during a search of the vehicle, which police say is worth around $40,000.

Two men from Georgia were both arrested - a 43-year-old driver and a 60-year-old passenger.

The pair are expected to face drug trafficking charges.