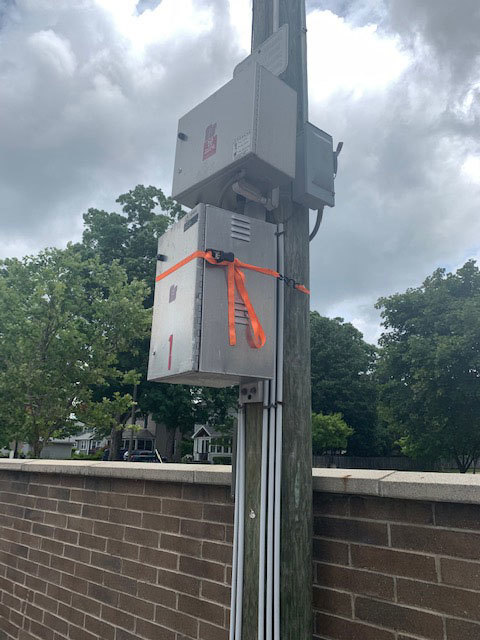 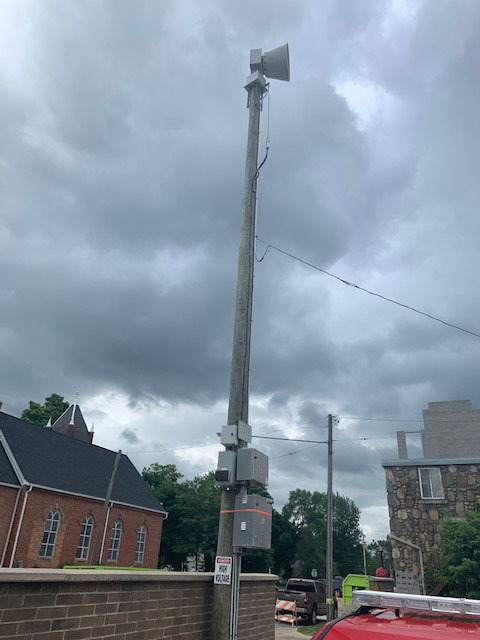 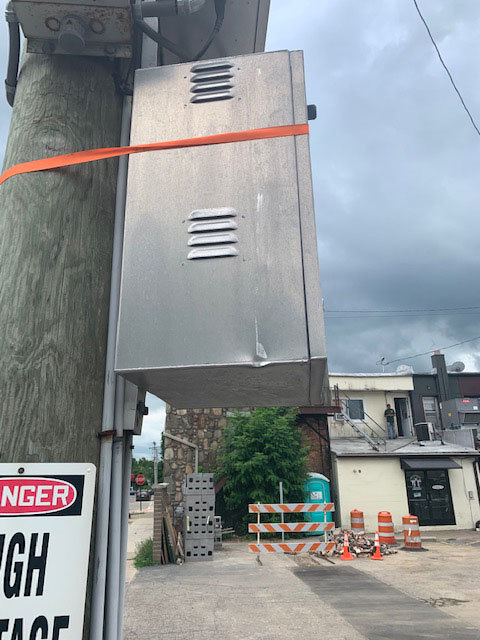 
It’s still unclear how a tornado warning siren in South Lyon was damaged.

The siren is located in the City-owned parking lot behind Lake Street Tavern and it’s believed to have been damaged by a construction crew or delivery truck sometime between July 8th and 20th. Vandalism is not suspected. General maintenance had been scheduled and when someone was sent out by Oakland County, they discovered the electronic battery box was hanging by one bolt on the pole. The box is located 8 to 10 feet up the pole. Fire Chief Robert Vogel said the person called out to do the work was able to tie it up but reported back to his supervisor that it was damaged and had to have been hit by something like a truck or bulldozer. There wasn’t a surveillance camera in the area and police questioned construction crews and canvassed the area.

Tornado sirens throughout the City are tested on the first Saturday of the month. The siren in question was most recently tested on August 1st and worked. However, Vogel tells WHMI the battery back-up system doesn’t work so if the City area loses power then the siren will not work. Vogel says unfortunately, they still do not know how or by whom the siren received damage. He spoke with the Oakland County Emergency Manager Tuesday and said they’re still waiting for vendor quotes to repair the siren. Vogel says the County will be covering the repair cost as part of the agreement between the City and County. Anyone with information about how the siren was damaged is asked to contact South Lyon Police. Photos: South Lyon Fire.