Torch Founders Team Up With Former Lion To Expand To California 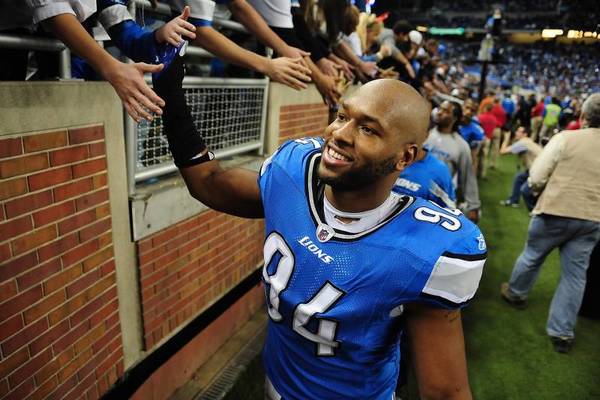 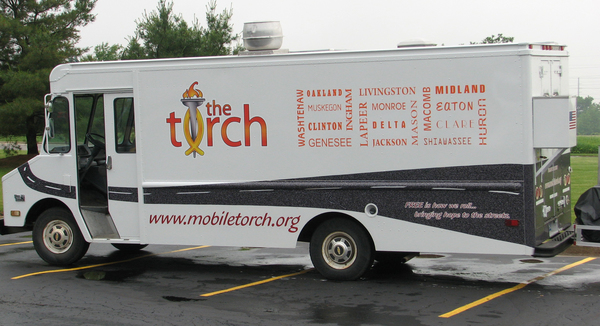 
A local nonprofit has announced a major sponsorship and expansion of their mission.

The Torch co-founder Sarah Ruddle confirmed on WHMI this morning that she and business partner Rhonda Callahan will be taking their free food truck template to California after a chance online encounter with former Detroit Lion Lawrence Jackson, who said he was immediately impressed by The Torch’s commitment to providing food, along with other essentials, at no cost to people in need.

The Torch was founded in 2012 when Callahan and Ruddle outfitted a food truck and hit the streets of the Livingston County area serving free food. In 2015 they founded Torch 180 after noticing gainful employment was a big problem for many of their disabled clients who lacked opportunities to learn skills that could get them hired. They purchased the old Fowlerville Library and remodeled it to become a permanent training kitchen and food cafe.

Jackson says he knew that his hometown of Englewood, California would benefit from a similar arrangement and worked to make that dream a reality. "To be able to do this was a blessing. We were able to partner with a major grocery store chain and work with them. They blessed us with the opportunity to create a new truck and really set the stage for what Torch is and where we’re going in the future." The chain, which has outlets nationwide including in Michigan, wishes to remain anonymous until the truck is completed and ready to roll.

Jackson will oversee the California branch of The Torch on location, while Callahan and Ruddle will provide input remotely along with The Torch board. With the pandemic limiting their operations, there is no set date as to when the food truck will officially start its West Coast operations, but Jackson says COVID-19 has highlighted the economic insecurity of many Americans, especially in minority communities, so he’s eager to work through those issues as soon as possible. "With COVID, everybody is now seeing that the homeless are not bad people. The homeless are not people who are not intelligent. The homeless are often people who fell on bad luck, missed a couple of paychecks or got laid off at the wrong time of the year and nobody cared about them. So now you’re seeing tens of millions of people who are hungry and this isn’t going to end once we get a vaccine. This is going to be something that stretches into 2022, 2023 just like the 2008 crisis did financially in setting us back, so the need across America is going to be strong. The fact that the ladies, they’ve already been committed to this for so long, they are the ones who will carry The Torch and show the world how it’s done."

Callahan says the expansion is like coming home. "I grew up in Southern California, about 40 miles northeast of Inglewood. I used to dream about having the opportunity to bring the Torch to California, but it hasn't happened, and I acknowledged it might never be anything more than a dream. And yet, there is God, and there is Lawrence, and God connected our hearts. I have long had tremendous appreciation for Lawrence's compassion for people. It just feels surreal for this to be happening."

Ruddle adds that the reality of the expansion hasn't really hit her yet. "What I am most excited about right now is Rhonda being able to help her home state. My heart and my home is in Michigan, but a piece of Rhonda's heart has never left California. I am excited to be able to be a small part of the Torch getting to LA. There is something very powerful about serving, but it becomes more personal when it is the ground you literally ran and played on as a kid. The fact that we are partnering with a retired professional football player who grew up in California, lived in Michigan, and is now back in California is just further proof that God has orchestrated the Torch from the beginning and works in ways we can't understand."

While both Callahan and Ruddle were thrilled to announce the expansion plan, they are also fundraising to replace their Michigan catering truck, with the estimated cost of a new (used) catering truck estimated to be between $8,500 and $15,000. As of Monday, their catering truck is out of commission in the shop being repaired. They note that the California branch will have its own funding source, so that all fundraising efforts will stay in each respective state, unless donors say otherwise.