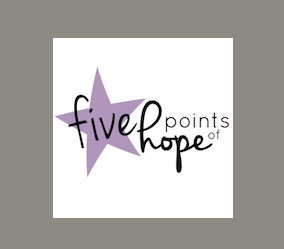 A Milford-based non-profit has been named a finalist in a community voting contest and public support is being sought.

Five Points of Hope is a cancer care charity that gives hope to cancer patients in Michigan who are facing financial difficulties as a result of their diagnosis. The non-profit has been selected to compete in the “Thumbs Up For Charity” contest through Community Financial Credit Union. The winner with the most online votes will receive a $10,000 donation, which would give the charity a needed boost in-between fundraisers to help individuals.

Publicity Coordinator Teresa Silver tells WHMI Five Points of Hope awards monetary grants to cancer patients who are nominated by social workers and have a need. The grants help patients pay bills such as insurance deductibles, prescriptions, medical equipment and utility bills. Silver says the non-profit prides itself on being all volunteer based, meaning there are no overhead staffing costs so money from fundraisers goes directly to helping cancer patients. Bills are also paid directly to vendors to avoid misuse of funds.

Individuals can vote online daily for the contest through Friday. The winner will be announced April 25th. More information and a link to the voting site are provided. (JM)