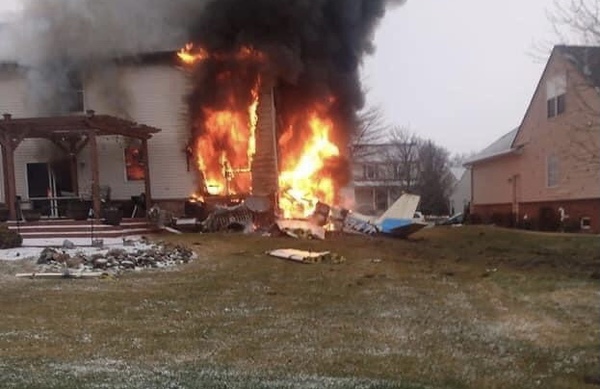 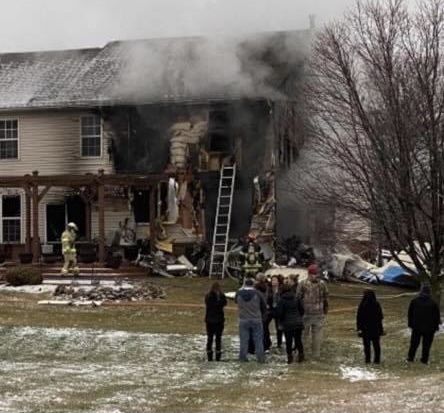 
Three people were killed when a plane crashed into a house Saturday in Lyon Township.

The Oakland County Sheriff’s Office reports that just after 4pm a plane crashed into a residential home in the 57600 block of Russet, which set the house on fire. Officials say the three fatalities at the scene are the pilot and two passengers, identified by The Detroit News as David S. Compo — an experienced, licensed pilot — his wife Michele and their college-age son Dawson. The five occupants of the home were able to escape. The Lyon Township Fire Department says they made an “aggressive attack” on the fire upon their arrival. South Lyon and Green Oak Township provided mutual aid on the scene.

The single-engine Piper PA-24 was traveling to the New Hudson airport from Cherokee County Regional Airport in Canton, Georgia. The News, citing FlightAware.com, reports that the plane was owned by Aircom LLC., based in Novi. The company shares an address with Compo Builders Inc. David Compo was the former president of the Home Builders Association of Southeastern Michigan. The association says Compo had flown to Canton, Georgia, on Dec. 29, and the family was returning home Saturday when the crash occurred.

The FAA and National Transportation Safety Board are investigating the crash.