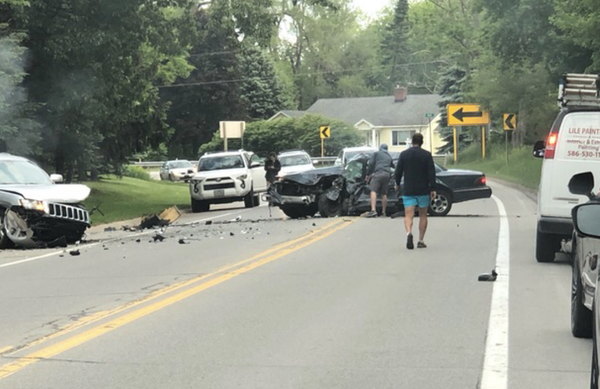 
A head-on collision this morning in Hamburg Township sent three people to the hospital, one of them with serious injuries.

At about 8:15 Friday morning, the Hamburg Township Fire Department along with Hamburg Township Police and Livingston County EMS, were dispatched to a reported vehicle accident in the area of Hull Road and East M-36.

A press release from the Hamburg Township Fire Department states that upon arrival, units found two vehicles involved in a head-on collision. Authorities say that significant extrication efforts were needed to remove a patient from one of the vehicles. That person, who sustained significant lower extremity injuries, was removed from the vehicle and transported by Livingston County EMS to Michigan Medicine in Ann Arbor for further treatment.

The second vehicle involved was occupied by a single adult and a child, who was restrained in a car seat. They were both reported to be in stable condition and were also transported to Michigan Medicine in Ann Arbor for further evaluation.

The cause of the accident is under investigation by the Hamburg Township Police Department.