Three City Roofs In Fenton To Be Replaced 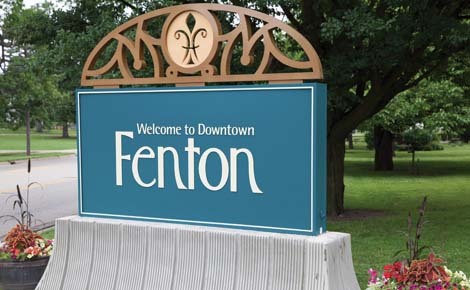 Fenton City Council has authorized the replacement of 3 City roofs.

Public Works Director Dan Brisson, in a memo to City Council, recognized that the Police Station, City Hall and Library have had on-going leak issues. Brisson told City Council at their latest work session that a roof assessment was recently completed and that replacing most of what is up there has become necessary. The assessment found that other than the front part of the police station and the stairway of library, that the 3 roofs were in failed condition. The two sections still in fair condition could last another 10 years.

Six contractors were solicited for bidding in September with 4 attending a mandatory pre-bid site meeting. Lutz Roofing out of Shelby Township had the bid of Roughly $485,000 for the job. City Council voted unanimously in favor of awarding them the project. In total, 17,900 square feet of roof will be replaced, along with the removal of existing aggregate ballast, rubber membrane, all flashing, and trimming detail. An additional layer of insulation will also be added.

City Manager Lynn Markland said they have some money budgeted for this in the police budget, but don’t have anywhere near where the cost will be without taking some from the fund balance. Markland said the general fund is in a good spot, however, and that this won’t hurt them financially. By accepting the bid now the City is locking in 2020’s cost for materials. The project will begin sometime in the spring and is expected to take 6 to 8 weeks to complete.