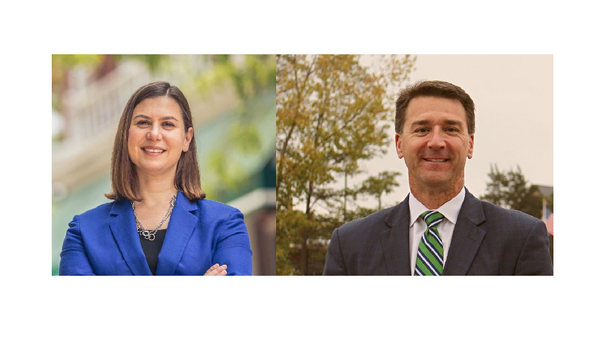 
WHMI and The Livingston Post are teaming up to hold one of the three candidate debates announced today for the 8th Congressional District.

The campaigns of 8th District Democrat Elissa Slotkin of Holly and her Republican challenger, Paul Junge of Brighton, announced today a schedule of three general election debates. The first will take place on Monday, September 21st at 7pm in the WLNS studios in Lansing, with the second on Sunday, September 27th at 10am on WDIV in Detroit. The final chance for the two candidates to square off will be on Tuesday, October 6th at 7pm at Cleary University in Genoa Township. That final event is being put on by both WHMI and The Livingston Post.

Due to COVID-19 restrictions, there will be no live audience members at the event itself. However, it will be aired live on WHMI, with News Director Jon King serving as moderator, while The Livingston Post will be providing a live Facebook stream of the event. Junge, who won the four-way GOP primary last month is seeking to stop Slotkin from winning re-election to the seat she took in a tight race in 2018, putting the district in the column for Democrats for the first time since 2000.

8th District residents with questions for either candidate are asked to email them to news@whmi.com for possible inclusion in the broadcast on the 6th.