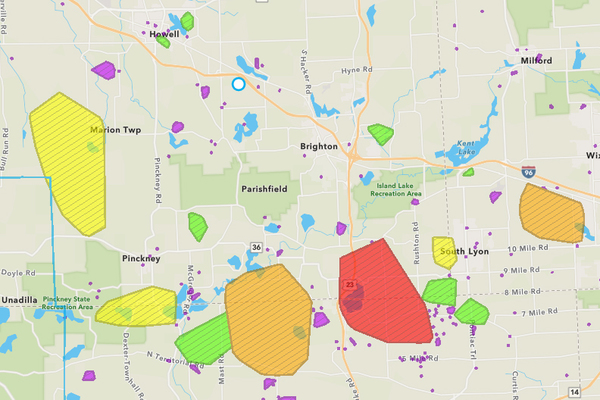 
Approximately 2,500 DTE Energy customers in the Livingston County area remain without power following Wednesday’s powerful line of thunderstorms that moved through the area.

They are among more than 125,000 customers who are without power across the utility’s service area. That is down from the peak of 227,000 DTE Energy customers who lost power overall. Most of the outages were caused by wind damage and downed trees, which brought down nearby power lines.

DTE reports they have more than 800 crews in the field across southeast Michigan, and most estimates for restoration are by later this afternoon or tonight. Consumers Energy, meanwhile, reports about 137,000 of its customers without power, down from a peak of 240,000. However, most of their Livingston County-area customers, mostly in the northern tier of the county, were not affected.