Theis, Vaupel, Bollin Sworn In At Ceremony In Howell 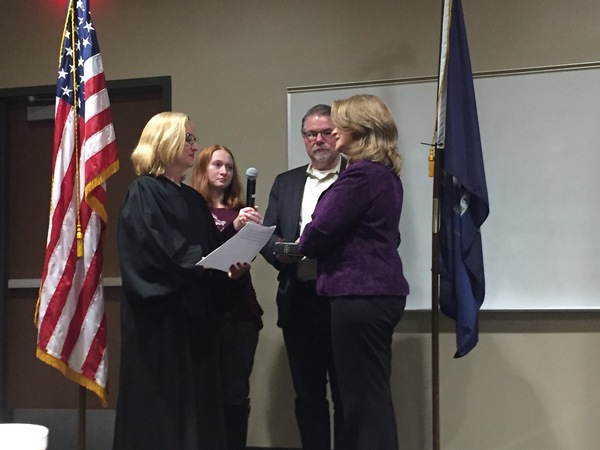 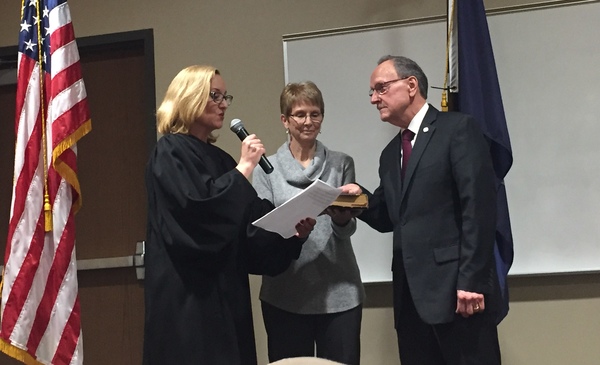 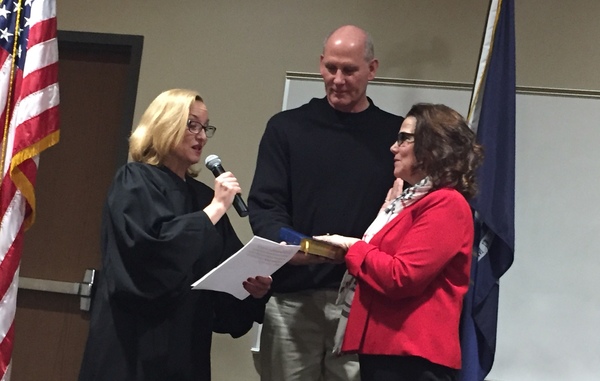 Joan Louise Larsen, a Circuit Judge of the United States Court of Appeals for the Sixth Circuit, had the duty of swearing in three local officials at the ceremony, which was held at the John E. LaBelle Public Safety Complex in Howell Township.

The first to be sworn in and take the oath was Hank Vaupel. This is his third and final term as the 47th District state representative. Vaupel promised those in attendance that he will work as hard as he can to represent constituents in a “good, ethical, honest and hardworking manner”.

Lana Theis, who was elected in November as state senator for the 22nd district., was the last to be sworn in. After thanking her friends, family and supporters, she told the crowd she is looking forward to the opportunity to serve. Theis then spoke to the role lawmakers have saying, “…the term ‘elected’ is nice, but public servant is really what it’s all about”. (DK/JK)