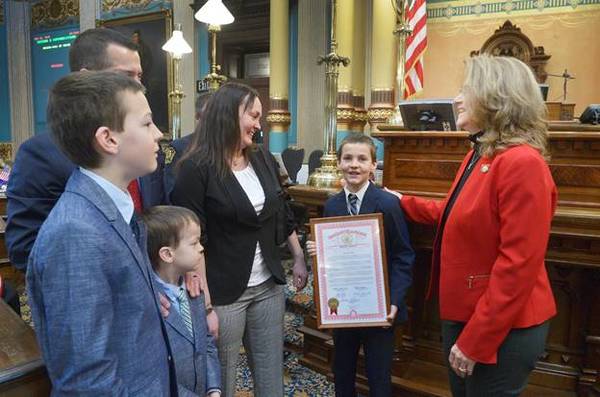 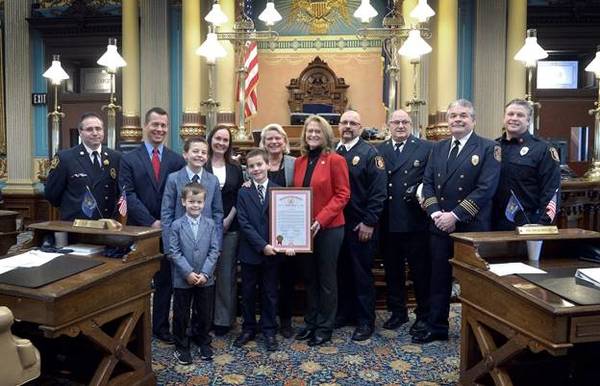 A local legislator honored a young hero from the community this week in Lansing.

Fourth grader Lucas Vetter was in Lansing, Wednesday, with his family, on the floor of the State Senate, to be presented with a special tribute from State Senator Lana Theis of Brighton Township. The Rose Township student is responsible for bringing lifesaving LUCAS Chest Compression Systems to area fire stations. The LUCAS system automatically performs cardiopulmonary resuscitation, and helps free firefighters, paramedics, and medical technicians from having to switch every 2 minutes while doing CPR. Each device costs $16,000 and, to date,

Theis called Vetter “an inspiration,” and said that “his compassion, hard work, and dedication to our community are an example of what we should all aspire to.” She continued, saying that the special tribute is an expression of gratitude and thanks on the behalf of the residents of the 22nd Senate District to Vetter for making the state a better, safer place to live.