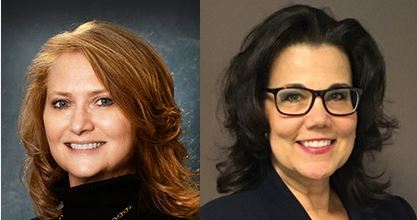 
A pair of Livingston County lawmakers have helped push new election laws to the governor’s desk.

Michigan Senate Republicans on Thursday passed a series of bills they believe will strengthen the integrity of the state’s elections system. Democrats, however, contend the bills are uncalled for and based on disproven election conspiracies.

State Senator Lana Theis of Brighton Township said, in a release, that “voters expect and deserve an elections process that is fair, secure, and accurate.” State

Representative Ann Bollin, also of Brighton Township, is chair of the house Elections and Ethics Committee. She said, “We have been able to push forward solid policy in this chamber that protects our elections, advances democracy, ensures that every eligible voter can vote freely, secretly, independently and securely. We have put principles and good policy over politics and partisanship.”

The bills prohibit third parties from accessing the qualified voter file, allow county clerks access to the QVF to remove deceased people, expand the types of building that can be used as polling places, require uniform training for poll challengers and prohibit voting machines to be connected to the internet during polling hours.

That final piece drew criticism from State Senator Jeremy Moss of Southfield, who called it “dangerous” and said that it perpetuates the lie that the 2020 election was stolen. He stated that the systems never have been and never will be connected to the internet during polling hours. Republican Ruth Johnson felt it was still important to put it into law so that it can’t be changed.

The set of will bills now go to Governor Gretchen Whitmer’s desk for her consideration of signing into law.