Theis Blasts State Board Of Education Over CRT Resolution 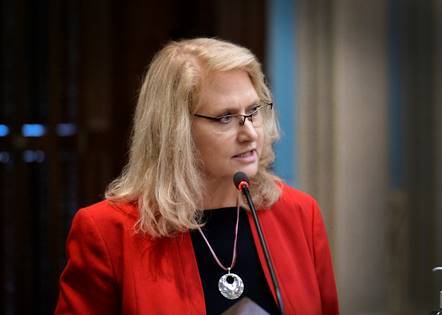 
A local lawmaker had strong words following the State Board of Education’s resolution opposing her bill that would ban the teaching of critical race theory.

On Tuesday, the State Board passed a resolution opposing State Senator Lana Theis’ Senate Bill 460, along with its companion, House Bill 5097. The legislation would ban from Michigan K-12 curricula the use of so-called “critical race theory,” while also prohibiting the teaching of the 1619 Project, the Pulitzer Prize-winning New York Times project that examines the ongoing consequences of slavery through the lens of American history.

Critical race theory, often referred to as CRT, is an academic viewpoint that racism has been at the core of American history, shaping its laws and institutions, starting with hundreds of years of human bondage followed by more than a hundred years of Jim Crow segregation. It has been around for decades but has gained prominence in the era of Black Lives Matter protests. However, conservatives have described that narrative as being anti-white and despite being taught almost exclusively at the university level, nearly a dozen GOP-backed bills with similar language to that used by Theis have been introduced nationwide targeting K-12 education.

The State Board of Education resolution, which was introduced by Democrat Pamela Pugh, states that “teachers have the right and responsibility to teach the multifaceted and complex history including the history of race, racism and other biases, which are inextricably connected to the constitutional and statutory history in our country.”

Theis, a Brighton Township Republican who chairs the Senate Education and Career Readiness Committee, blasted Board members in a statement Wednesday, claiming the bills “seek nothing more than the true teaching of our country’s history in our schools, warts and all. It does not allow outright lies, and history taken out of context to brainwash our children against America.”

Theis said that with the legislation in place, history classes will tell the truth about slavery, but also “another truth, that our children, regardless of ethnicity or background, have a better opportunity for success in the U.S. than any other country in history.” She called it “revealing” that a majority of the State Board of Education would choose to characterize the country in such a negative light.

Pushing back against that characterization was State School Superintendent Michael Rice, who said he believed Michigan children should be taught what he called “the full breadth of U.S. history,” adding that it is not an effort to “stigmatize, not to oppress, not to make some children feel better than others or worse than others” but instead so kids can fully appreciate what he referred to as a “powerful…complex history.” In order to do that, Rice says students have to learn all of it.

Theis said she was grateful for the two Republican members who opposed the resolution and encouraged parents to let local school boards know how they feel.