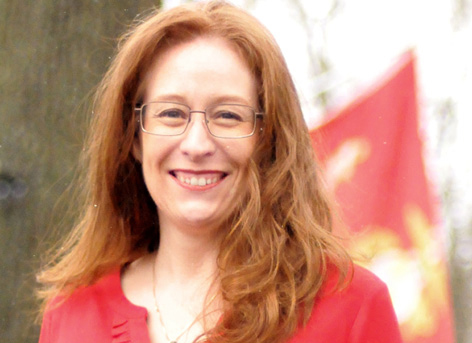 A Howell attorney is among four candidates seeking a chance to run a judicial seat set to be created next year.

Among the four candidates who have filed to run for an open seat on the 44th Circuit Court in Livingston County is Tara Pearson, a practicing attorney and longtime Livingston County resident. The Howell High School graduate attended the University of Michigan in Ann Arbor. She finished her Corporate Accounting degree Summa Cum Laude from Cleary University and later attended Thomas M. Cooley Law School in Lansing. She has been a licensed attorney at the Law Offices of Parker and Parker for the past 12 years, handling Civil, Business, Real Estate, Probate, Will, Trust, Contract and Family Law cases in trial courts and the Court of Appeals. Pearson says her experience and perspective, and her commitment to Livingston County, will serve her well on the bench, adding that she intends to restore faith in the system, apply the law equally, “be efficient in case management, and to maintain honesty, respect and dignity in the judicial process.”

Currently held by 53rd District Court Judge Carol Sue Reader, the judicial seat will move to the 44th Circuit Court on January 1st, 2019 following a recommendation from the State Court Administrative Office. Also in the running are 53rd District Court Judge Suzanne Geddis, Howell attorney Monica Copeland and Brighton attorney Dennis Brewer. The two candidates with the most votes in the August 7th primary will go head-to-head for the seat in the November General Election.

Whoever is chosen for the new seat will serve the first term for eight years instead of the usual six, so that judicial seats will eventually be staggered and up for election every two years. (JK)