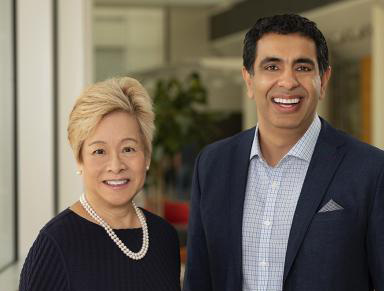 A new multi-million gift to fund research on bipolar disorder has been given to the University of Michigan from a foundation headed up by a Livingston County resident.

Nearly 6 million Americans are said to suffer from bipolar disorder, a complex mental health condition that can send them on a roller coaster of manic highs and depressed lows. Officials say finding a treatment that steadies their mood, even with the help of an experienced treatment team, can take time and a little bit of luck. A press release states that some never find medications that work for them and as many as one in five will die by suicide. The new $5.8 million gift from the Richard Tam Foundation will allow more scientists and clinicians to translate new knowledge into improved care. Foundation funds have been directed to this type of research before and the new gift brings total giving to $10 million. Support includes $500,000 for Precision Health at U-M, its first major gift.

Foundation President Judith Tam says the combination of U-M’s strength in studying bipolar disorder and related conditions, and its investment in precision health, inspired the gift. It will expand and harness the power of data from U-M bipolar research and allow researchers to mine that information in combination with other data, using advanced tools created for Precision Health at U-M. Precision Health was launched in early 2018 and offers researchers across U-M access to genetic and clinical data, along with tools and expertise to advance their research.

U-M president Mark Schlissel says the gift from the Richard Tam Foundation will enhance their bipolar disorder research by taking advantage of the genetic and lab test data platform assembled by Precision Health at U-M, resulting in improved care for millions of patients. More information can be found in the link.