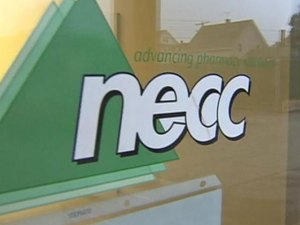 A compensation fund for victims of the 2012 fungal meningitis outbreak is now officially closed.

At least 100 people died and nearly 1,000 others became ill nationwide because of tainted steroids produced by the now-closed New England Compounding Center. The outbreak killed 23 people in Michigan, 11 of them in Livingston County, and resulted in charges filed last year by the Michigan Attorney General's office against Barry Cadden, the company’s co-founder, and Glenn Chin, who worked there as a pharmacist. Investigators connected the compounding pharmacy to Michigan clinics, including Michigan Pain Specialists in Genoa Township, which had dispensed the NECC contaminated steroids.

A compensation fund, which was created largely through the efforts of former 8th District Republican Congressman Mike Bishop, was administered by the Massachusetts' Attorney General's office. It had nearly $40 million available, but claims had to be submitted by the end of 2018 and all funds not used were to be returned by September 30th of 2019. That has now been done and the fund closed out. In all, 642 grants were dispensed to outbreak victims or their survivors, for a total of more than $23 million.

Meanwhile, Cadden and Chin are due back in Livingston County court in mid-February for the continuation of pre-trial hearings on second-degree murder charges related to the outbreak. (JK)