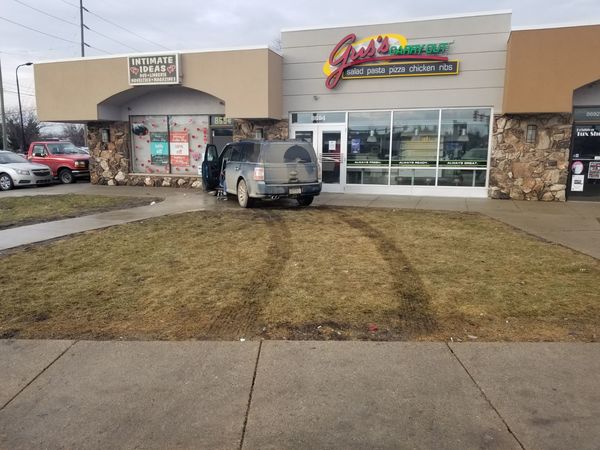 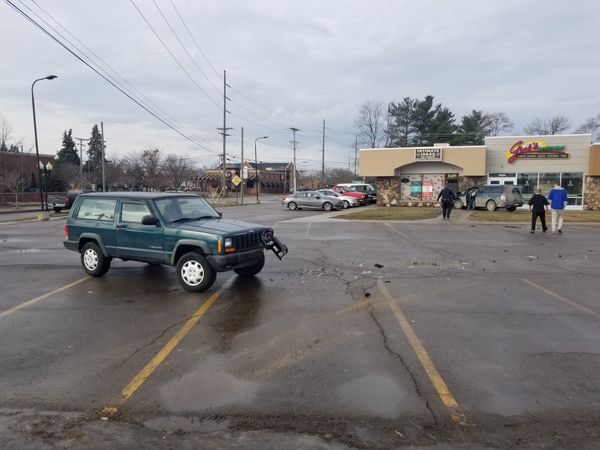 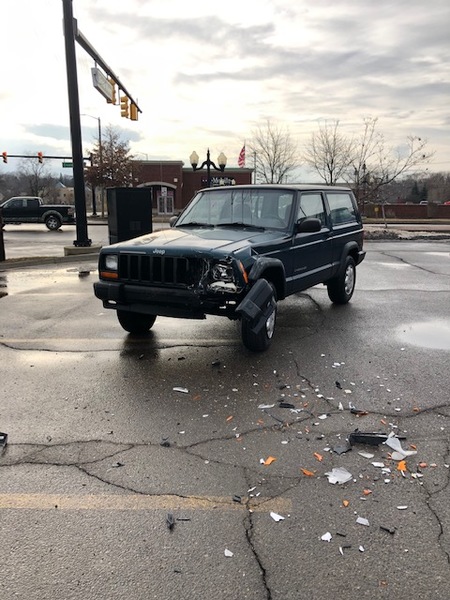 An SUV crashed into a curb and Jeep before coming to rest against a building in a business plaza in the City of Brighton this morning.

A man driving a Ford Flex was waiting to turn left onto Cross Street from northbound Grand River at around 9:20am when the traffic light turned green. Brighton Police Sergeant Mike Mitchell tells WHMI the vehicle apparently suffered some kind of mechanical failure, causing the vehicle to accelerate quickly through the turn, miss Cross Street and hit the curb. He says the impact launched the vehicle onto the sidewalk area and into the parking lot of the Brighton Plaza where he collided with an unoccupied, parked Jeep Cherokee. Mitchell says the impact with the Jeep damaged the front of his vehicle, causing airbags to deploy. The man couldn’t steer at that point but the impact from the crash slowed the vehicle enough that it came to rest against the part of the building between Intimate Ideas and Gus’s Carry Out.

Luckily there was no structural damage to the building, as the vehicle just tapped the exterior and managed to avoid the glass windows on either side. Mitchell says the driver did suffer some minor injuries to his hands. Drugs and alcohol are not believed to be factors. Photos courtesy Brighton Police. (JM)