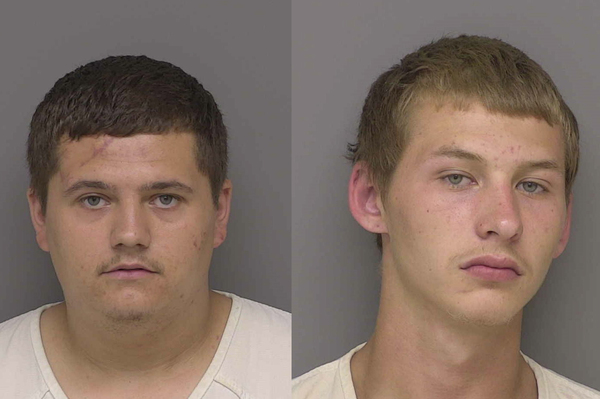 Felony charges have been filed after two suspects were caught breaking into a Hartland Township storage unit.

The Livingston County Sheriff’s Office says that deputies were dispatched June 10th to an alarm at Livingston Concrete on Old US-23, south of Bergin Road. While checking the alarm, deputies heard loud noises coming from Best Self Storage, located directly to the north. They observed two male subjects breaking into storage units and stealing property from inside. Deputies requested additional units and were assisted by Troopers from the Michigan State Police Brighton Post.

The responding units converged on the suspects and took one suspect into custody after a minor physical altercation. He was identified as 22-year-old Nicholas Arther Cashero of Livonia. The second suspect fled on foot but was apprehended during a traffic stop attempting to flee the area. He was identified as 19-year-old Kenneth Ivan Helbig of River Rouge. Both were transported to the Livingston County Jail and lodged on multiple felonies including Breaking and Entering, Malicious Destruction of Property, Resisting and Obstructing an Officer.

They were arraigned in 53rd District Court in Howell. Cashero was charged with 19 felonies stemming from the incident, while Helbig was charged with 21 felonies. Both remain jailed on $400,000 cash surety bonds. (JK)