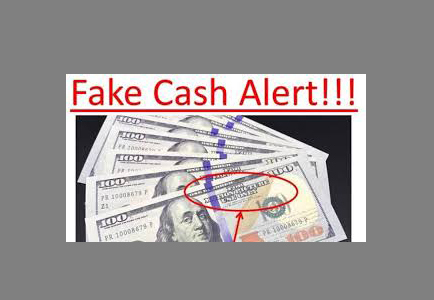 A counterfeit money scam in Fenton has resulted in two suspects being arrested.

Fenton Police arrested two adult males Wednesday for passing counterfeit $100 bills at four different businesses on Silver Parkway. It’s believed the suspects also attempted to pass the fake bills at several other businesses and that others may be involved. Several of the counterfeit bills were passed in exchange for gift cards.

The two suspects were lodged in the Genesee County Jail pending arraignment Friday on the charges. Anyone who thinks they may have received counterfeit bills or who has additional information is asked to call Fenton Police at (810) 629-5311. (JK)