Suspect Robs One Bank, Attempts Another Before Being Arrested 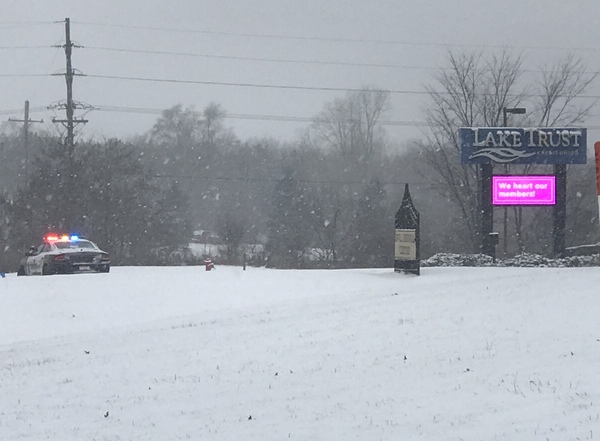 A Brighton man is jailed and awaiting bank robbery charges after pulling off one bank heist Saturday morning and attempting another.

The Livingston County Sheriff’s Office says deputies responded at about 9am to a report of a bank robbery at the TCF Bank located on E. Grand River Avenue in Genoa Township. The investigation revealed that a white male suspect entered the bank wearing blue coveralls, a black hood and black ski mask. The suspect approached multiple bank tellers and advised them that it was a robbery. Witnesses stated that suspect implied that he had a weapon although none was shown. The suspect fled on foot with an undisclosed amount of money towards the Buffalo Wild Wings parking lot. Witnesses provided a description of a white Ford F-150 Pick Up as possibly being involved. Deputies were provided a description of the suspect and the possible vehicle involved.

Then at approximately 9:14am, it was reported that the suspect had also been at the Lake Trust Credit Union on W. Highland Road in Howell Township. (pictured) The suspect was wearing the same clothing but was met upon entering the bank by an employee and told to remove his mask and hood. The suspect fled the bank shortly after without completing the attempted bank robbery. At approximately 9:23am, deputies were able to locate a vehicle matching the description on Highland Road near Michigan Avenue. A traffic stop was initiated and the suspect was taken into custody.